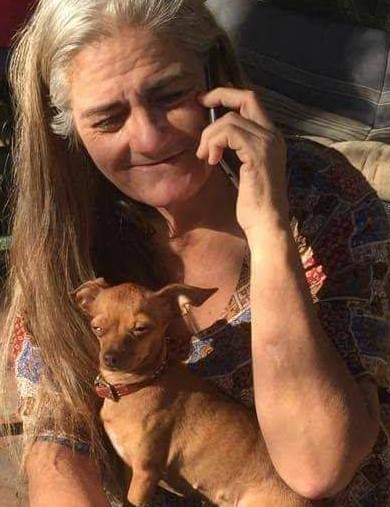 Pat was born October 7, 1960 in Verdun, France to Charles and Andree (Julliott) Howard.  She had lived in Mexia for most of her life and was a graduate of Mexia High School, Class of 1978.  She worked for the Mexia State School for several years and, for many years, at the VFW Lancaster Post 4694.  Pat was, also, a longtime active member of the VFW; she carried on the family tradition, as her dad and mother who were both active members of the VFW.

Pat was a very friendly, caring person.  She loved her family and many friends.  Pat’s children and grandchildren were the light of her life.  She thoroughly enjoyed working at the VFW, and she considered the members and customers as her extended family.   She was, also, an animal lover.

She was preceded in death by her parents, Charles and Andree Howard; and her brother, Charles “Chuck” Howard, Jr

To order memorial trees or send flowers to the family in memory of Patricia Howard, please visit our flower store.
Send a Sympathy Card