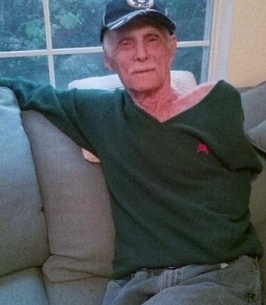 Arvid was born November 25, 1928 in Oshkosh, Wisconsin to Nels and Florence Montgomery Naslund. After completing college and receiving his teaching certificate, he began a teaching career that span over 40 plus years. He taught math in several different schools throughout Texas, eventually retiring from TSTC in Waco. He liked central Texas so he and his wife, Sylvia, have made Fort Parker their home for the past 25 years

While in high school, Arvid was very active in extra circular activities such as football and boxing while, also, maintaining grades that earned him the honor of being Valedictorian of his class.

Arvid was always very optimistic, no matter what challenge arose, he remained confident that things would work out. After his daughter was diagnosed with a health issue, he found a way to help her face it and gain confidence. He bought her a horse that she fell in love with, and after spending countless hours of working with him, she became a horse trainer.

Arvid was very generous, always willing to stop and help anyone, pickup hitch hikers or just help wherever there was a need. His family said he was like a cat with nine lives, very lucky. No matter how many times he lost his wallet, it always came back and with the money still in it. He had an accident that left him with one arm, which made him more determined to handle things as he had done in the past. Arvid even swam out to rescue some people stranded on a boat in the Springfield Lake, at Ft. Parker, and was able to pull them to shore.

Arvid enjoyed life and made the most of each day. He loved to travel and declared, just like his favorite song, he was "King of the Road".

He was preceded in death by his parents, Nels and Florence Naslund; and brother, Robert Naslund.

To order memorial trees or send flowers to the family in memory of Arvid Naslund, please visit our flower store.