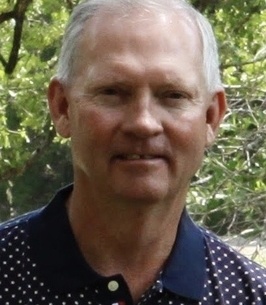 Visitation with the family will be 5-7 p.m., Friday, at Blair-Stubbs Funeral Home.

Asa was born September 11, 1947 in Galveston, Texas to Paul Wesley and Effie Stanley Burgess. He graduated from Santa Fe High School, Class of 1966, a class that remained close throughout the years. Asa, along with many of his former classmates, looked forward to getting together yearly. While majoring in Agriculture at Sam Houston State University, he lived on the College Farm and later, became instrumental in helping to establish The College Farm Boys Scholarship.

After Asa and his family moved to the Mexia area, he worked for Unit Rig and The Goodyear Tire and Rubber Company prior to establishing his own business, Limestone Plumbing and Electrical. He was proud of his business and made every effort to take care of his customers to the best of his ability. He was especially compassionate when it came the farmers/ranchers, as he always said, if the pump quits "people can go get water, but the livestock can't."

Asa loved serving the Lord in his everyday life as well as in his church. He was a longtime active member of the First Baptist Church in Mexia where he served as a Deacon and a 5th grade Sunday School teacher for many years. He remained interested in watching his students as they grew in the church and in life. He also active in the community. Asa thoroughly enjoyed being an active member of the Mexia Area Chamber of Commerce Rodeo committee for 35 years.

Asa was busy in many outside activities, but his time with his family was of the utmost importance to him. He especially loved spending time with his grandkids riding the green machine or on the lake boating or pulling them on the tube. It was also a known fact, that Asa loved going to the Golf Course as often as possible and his golfing buddies remain some of his closest friends.

He was preceded in death by his parents, Paul and Effie Burgess

To order memorial trees or send flowers to the family in memory of Asa Burgess, please visit our flower store.