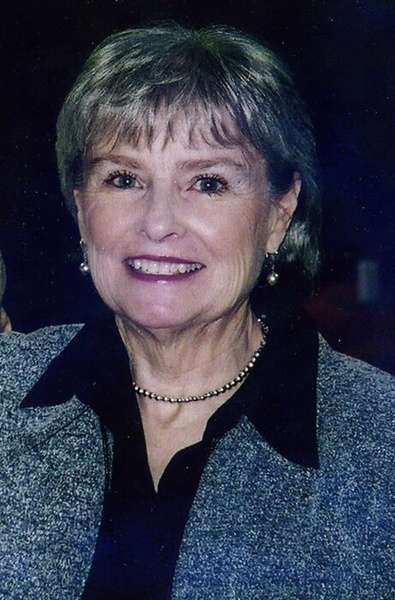 Barbara was born August 30, 1944 in Ada, Oklahoma to Amos Truman and May Lorene (Harris) Dixon.  Prior to retiring from J & H Insurance Company, she worked for several insurance companies, in addition to being a stockbroker.  Selling insurance presented the “best of both worlds” for Barbara, as she loved her job and she loved people.

Barbra was married to Jim Clower and they had one daughter Allison. Barbara later married Robert “Bob” Booker on December 6, 1973 in Albuquerque, New Mexico.  They both possessed a love of golf, snow skiing and other athletic endeavors.  She also enjoyed dancing and, even after becoming ill, she would, occasionally, exhibit her love for it.

Barbara loved her family, and, like most grandmothers, there was nothing that could compare to her love for her grandchildren.  She was always involved in their activities and made every effort to attend all their sporting events, regardless of where they were playing.  There was someone else that held a special place in her heart, her faithful companion, Joey (her dog).

Barbara was not only a good cook but, also, an immaculate housekeeper.  She liked for everything to be in place, and clean, whether it was in the house, car or in her office.   Barbara was known to be very frugal, she never wanted to be in debt, so she saved and paid cash for everything she bought.

She was preceded in death by her parents, Amos and Lorene Truman; husband, Bob Booker; and brother, Truman Dixon.

Barbara is survived by her daughter, L. Allison Adams and husband, Mike of Thornton; grandchildren, Michael W. Adams, Jr. of Bryan and L. Amanda Adams of College Station; brothers, James Arkle Dixon and wife, Mary of Allen, OK and Dick Lee Dixon of Shawnee. OK; her special dog, Joey; and a number of nieces and nephews.

To order memorial trees or send flowers to the family in memory of Barbara Booker, please visit our flower store.