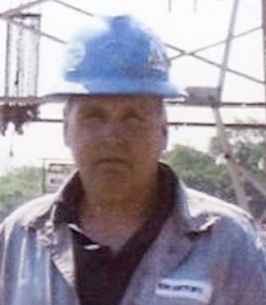 Billy Wayne McDaniel was born on July 20, 1956 in Teague, TX to parents Vernon and Helen (Norton) McDaniel. He was the youngest of 5 children and raised in Freestone County.

He attended Wortham schools and began working in the oil fields of Texas at 18 years old. Being a quick study & working as a roughneck from such a young age enabled him to master the trade & develop an unwavering love for the industry. His passion for the oil business stayed with him for the remainder of his life.

Billy Wayne will be remembered for his rambling, restless spirit, his love for all dogs, the infamous 5am wake-up calls, his refusal to be governed, & for always letting you know his perspective and where exactly he stood. He was an oilman by trade and a true outlaw at heart.

Graveside services for Billy Wayne McDaniel will be held on August 3rd, 2019 at 10 am in Woodland Cemetery near Kirvin, TX. Gene Allen will officiate, and his sons will serve as pallbearers. The family welcomes any & all who knew him to attend.

To order memorial trees or send flowers to the family in memory of Billy McDaniel, please visit our flower store.
Send a Sympathy Card