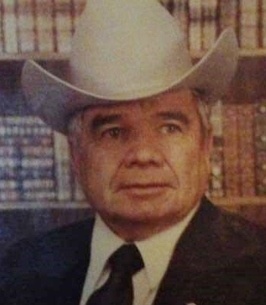 Billy was born December 13, 1926 in Prairie Hill, Texas to Stell Waldrop, Sr. and Florence T. Green Waldrop. Being raised on a farm in Prairie Hill, he learned that farming and ranching wasn't easy, but it was something he loved and continued throughout his life. Billy wore many hats during his working career. He was not only a farmer and rancher but served 24 years as a county commissioner, was a director of two banks, a director of the North & East Texas County Judges & Commissioners Association and ran the Prairie Hill Water Supply for numerous years.

In 1944, Billy joined the Merchant Marines and after returning home, he married the love of his life, Clara June Jones, on August 31, 1946. In December 1946, he was drafted into the US Army during World War II. When discharged, he entered Westminster College in Tehuacana, however, his education was interrupted by the start of the Korean War. In 1951, he was called back to the Army but decided he would rather be on the water, so he joined the Navy.

Billy loved his family and was especially proud of his grandchildren, great grandchildren and his only great-great grandchild. He was a faithful Christian and lived his life serving the Lord. He believed in treating people as he wanted to be treated and helping those in need. His was a member of the Prairie Hill Methodist Church prior to becoming a longtime active member of the First Methodist Church in Coolidge. Billy was a member of the Prairie Hill Masonic Lodge #741 for 61 years where he served as secretary for most of those years, a Shriner and member of the Scottish Rite. He could also be found where there was a serious game of dominoes being played.

Billy was preceded in death by his parents; loving wife of 69 years, Clara June Waldrop; and sister, Gloria Sinclair.

To order memorial trees or send flowers to the family in memory of Billy Waldrop Sr., please visit our flower store.