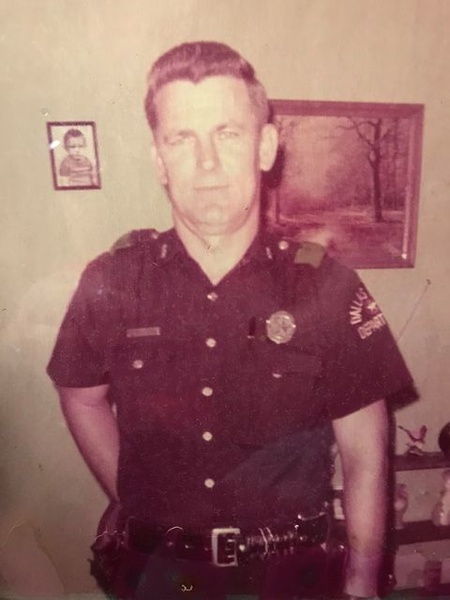 Bobby Joe Coslin, of Donie, passed away September 10, 2020 in Waco, Texas at the age of 79.  A graveside service will be held at 2:00 p.m., Thursday, September 17, 2020 in the Sardis Cemetery, near Jewett, with John Smith officiating.  Bobby Coslin, Jr., Dean Coslin, Michael Coslin, Christopher Coslin, Jeremy Coslin, and John Smith will serve as pallbearers.  Brian Bell will serve as an honorary pallbearer.

Visitation with the family will be 6-8 p.m., Wednesday, at Blair-Stubbs Funeral Home.

Bobby was born November 13, 1940 in Wichita Falls, Texas to Theodore Samuel and Mattie Lee Tisdale Coslin.  He served his country in the US Army during the Vietnam era.  Prior to retirement, he served almost 30 years as a Police Officer in Dallas.

Bobby married his lifelong partner, Martha Ann Hall, in Bryan, Texas on April 24, 1969.  Over the years, he became the proud father of four children, Dean, Bobby, Jr., Gary and Teresa, grandfather of thirteen and great grandfather of five.  His family was the most part of his life.  His love for children was evident, as he seemed to be a magnet that children were just drawn to, and nothing thrilled him more.

Although he was born in the city, worked in the city, he loved the country where he grew up and and enjoyed spending time on the family farm. Anytime he had the opportunity to get away from Dallas, he and his family would strike out to the country.  Bobby enjoyed being on a tractor plowing or shredding, piddling around the barn, hunting or most anything that pertained to the farm or outdoors.  He really didn’t care to be around a lot of people, other than family; he liked things as simple and carefree as possible.

To order memorial trees or send flowers to the family in memory of Bobby Coslin, please visit our flower store.