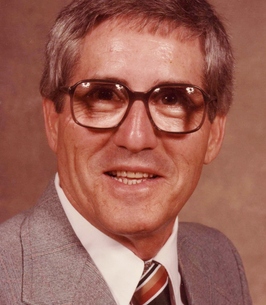 Visitation with the family will be 5-7 p.m., Sunday, at the First Baptist Church in Teague.

Bob married Gail Hoke on November 11, 1960 in Richards, Texas; they were blessed with three children and shared 58 years of marriage.

Bob accepted Jesus as his Savior, at the age of 24, in a boxcar in Richards, Texas. He was ordained deacon by First Baptist Church in Teague at the age of 30. He served in many other areas of ministry throughout the years. He taught Sunday School, served on many committees but what he loved most was working with the youth alongside Shannon Hopkin. What thrilled him, more than anything, was seeing people accept Christ as their Savior. To him, that was the ultimate joy!

Bob was a hard working man and always made sure his family was well taken care of. He loved his family with his whole heart and at times worked two jobs. He loved taking the family on vacations, sometimes camping and just enjoying nature. He was always supportive of his children in their activities and pursuits. He was a wonderful father to his children, a loving grandfather to his grandchildren and oh so proud of his three great grandchildren.

Bob had a keen and oftentimes hilarious sense of humor that diffused tense situations, occasionally. Fortunately, he passed his wit on to his children and grandchildren.

Bob came to Texas the day after graduating from high school and went to work for the railroad in Fort Worth. While working there, he was drafted into the army and served his time at Fort Sill, Oklahoma. He was awarded a Certificate of Proficiency from the U.S. Army Artillery and Guided Missile School, prior to being honorably discharged on December 3, 1958. He returned to work for the railroad as a signal maintainer and later became an engineer. His railroad career spanned almost 50 years.

Bob was a proud member of The Waco Striders running club in the 70's and early 80's. He excelled in races from the 5K run to marathons. He qualified for the Boston Marathon twice.

Bob worked many jobs, starting at an early age, but the most rewarding was the years he spent working for Blair-Stubbs Funeral Home and being a part of the Blair-Stubbs family.

To order memorial trees or send flowers to the family in memory of Bobby James, please visit our flower store.
Send a Sympathy Card