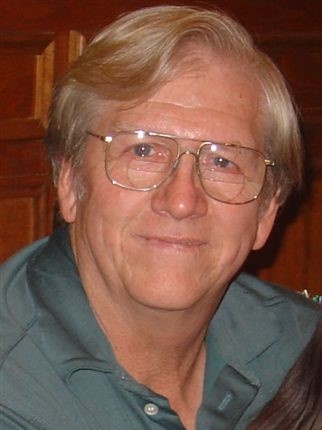 Bruce was born in Dallas, Texas on August 15, 1941, to Claude and Eula Mae Murphree Jordan.  He had one sister, Esta Faye Moon and husband, Lonnie.  They preceded him in death.  He graduated from Rylie High School in 1960.

Bruce served four years in the United States Air Force and was stationed at James Connally Air Force Base most of that time.  He met his future wife, Linda Heussner, on June 23, 1962 and they were married in early 1968.  After completing his military service in August 1965, Bruce began working for LTV in Grand Prairie as the plane captain of the ground crew of the experimental aircraft, the XC-142, a vertical/short takeoff and landing transport (V/TOL).  Running flight tests on the XC-142 took him to Lancaster, CA; Edwards Air Force Base; Pensacola, FL; Wallops Island, VA; and the Patuxent River Naval Air Station in MD.  In 1967 Bruce accompanied the XC-142 to the Paris Air Show where it wowed the audience flying maneuvers like a helicopter then tilting its wings and flying off like an airplane.  The flight testing continued at Grand Prairie and Langley Air Force Base, VA.  In 1970, the crew delivered the XC-142 to the National Museum of the Air Force at Wright-Patterson Air Force Base in Dayton, OH where it is on display.

In 1971, Bruce began working as a salesman for the Jack Huppert Co. which produced biological additives to treat waste water. The company later sold and became the Heussner Company.  In 1972 Bruce and Linda made Prairie Hill their home when they purchased acreage with an old farmhouse originally built about 1920.  Bruce remodeled the house and added additional floors and a back wing.

In 1978, Bruce was elected to the Prairie Hill Water Supply Board serving for 42 years until his health declined and he resigned.  He served as president of the board for many of those years.  He secured class C water and waste water license from the state of Texas to help him better serve the water system.  He was a member of the Tri-Sota Valley Water Utilities Association, a chapter of the Texas Water Utilities Association, for over 20 years and served as secretary for the last 15 years.

Bruce was elected to the original board of directors of the Prairie Hill Community Center in 1977.  He was the “go-to” person when things needed to be repaired, doors unlocked, etc.  He was part of the “Prairie Hill Gang” that prepared and served the BBQ brisket dinners each year at the annual Prairie Hill Fall Festival and the Limestone County Crimestoppers fundraiser.

In 1991, Bruce was introduced to genealogy by his cousin, Jerry Murphree.  He began spending much of his free time at libraries, courthouses, and cemeteries in Texas, Mississippi, and Alabama searching for information on his Jordan and Murphree family lines.  In 2000, Bruce wrote and published a set of 6 books on his mother’s Murphree line which included the surnames of Murphree, Bynum, Cornelius, Allgood, Ellis, and Glover.  Each year he would go to Alabama to attend meetings of two genealogy groups – the Murphree Genealogical Association and the Four-Families Reunion.  Bruce learned much at these gatherings and was always willing to share his research with other; but more importantly were the many wonderful friends he made along the way.  Bruce and his wife were the editors of the newsletters for both of these organizations.

The other activity that Bruce enjoyed immensely was playing dominoes.  For more than 15 years Bruce and his wife were part of a group that played 42 and 84 on most Friday nights at the Prairie Hill Community Center.  For years large and small groups of Prairie Hill men and their friends from other communities gathered on Friday mornings to play Moon.  Bruce rarely missed a game.

To order memorial trees or send flowers to the family in memory of Bruce Jordan, please visit our flower store.