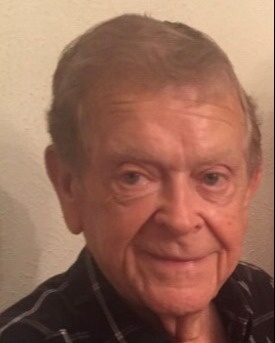 Charles “Charlie” Wilburn Allen, Longtime Mexia Businessman, was reunited with his wife in their eternal home in heaven on September 18, 2022, at the age of 84.  He had dearly missed Dorothy since her death a year ago and was anxiously awaiting this day.

Charlie was born September 11, 1938 in Mexia, Texas to Edney And Eula (Archibald) Allen, the youngest of seven kids.  Work became important to him at a very early age.  He got his first job at Ford Tractor in Mexia at the age of 5.  He had an accident that caused him to lose part of his finger, however, he used that partial finger to keep his kids in line.

Charlie graduated from Mexia High School, Class of 1956.  After graduation, he bought the Ice House in Mexia which began his almost 60 year career as an owner/operator of retail businesses.  Charlie set the standard on how to build, and run, a series of successful convenient stores.

Charlie met and married the love of his life, Dorothy Walker, in 1966.  In addition to Dorothy, he became the father of 5 kids, a challenge a lesser man could or would not do.

Charlie was never happier than when he could spend time in his stores, standing behind the counter and greeting his customers.  He never met a stranger and through a lot of hard work and his caring nature, he developed many lifelong friendships.  As many of his former employees will attest, he was fair; but tough and expected everyone to meet his high standards in work ethics.  Charlie’s success was a result of the love of people and the love he had for people.  He always greeted everyone with a big smile and friendly hello.

Charlie was proud that he set the standard on what a good hamburger is supposed to be!  It was not unusual when people would hear the name Mexia, and strangers tell you, “when you go through Mexia, stop and get a Charlie Allen burger”.

He loved his Mexia Blackcats and felt so blessed to be able to sponsor so many activities over the years.  He enjoyed living and being near his brothers, an area where the Allen Brothers were well known.  Playing 42 was a common weekend activity and he developed a reputation of what his wife referred to as, “too much talking across the table”.

Charlie’s love of cars was well known in the area, maybe where he perfected his negotiating skills.  There is no way to list all the cars he owned; we lost count!

Charlie was a longtime active member of the Temple Baptist Church.  It was evident by the way he lived his life that he was a Christian who loved serving and honoring his Lord and Savior.

In the last two years, he developed Alzheimer’s and had to slow down.  He might have been only 5 feet tall but slowing him down was a challenge to say the least.

He was preceded in death by his parents, Edney and Eula Allen; his wife of almost 55 years, Dorothy Allen; 5 brothers; and 1 sister.

To order memorial trees or send flowers to the family in memory of Charles "Charlie" Wilburn Allen, please visit our flower store.