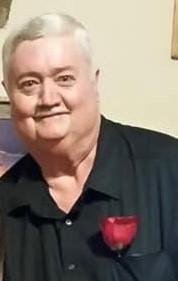 Visitation with the family will be 5-7 p.m., Tuesday, at Blair-Stubbs Funeral Home.

Dean was born on April 17, 1956 in Dallas, Texas to Elton Keith and Billie Jo (Pollock) Cargile.  Mexia has been his home for most of his life.  After graduating from Mexia High School, he received his Bachelor of Science degree from UT Tyler.  Dean retired from the Mexia State Supported Living Center after many years of service as a Master Teacher.  He was a dedicated employee of the MSSLC and a devoted teacher of those he served.

Dean life revolved around his love for God and family.  He was a wonderful father who was always very supportive and involved in whatever was important to his son.  As a grandfather, there is no way to describe his love for his grandchildren, they were his life.  Whatever Brayden, Adalyn and Kaden wanted, or needed, he tried his best to fulfill those wishes; he had no problem doing what grandfather’s do best – spoil their grandchildren.  Some of his favorite time, with his grandchildren, was spent fishing with them in his tank.

Dean was a longtime active member of the Calvary Baptist Church.  For many years, he enjoyed working with the church youth groups, as well as participating in other activities.   In some of his leisure time, he like to watch the old westerns (John Wayne was his favorite), Dallas Cowboys/football in general, and listening to his favorite singing artist, Michael Jackson.  Dean was also interested in keeping up with politics and, occasionally debating it with others.  He loved his country.

He was preceded in death by his parents, Elton and Billie Jo Cargile; and two brothers, Wayne and Terry Cargile.

To order memorial trees or send flowers to the family in memory of Dean Cargile, please visit our flower store.
Send a Sympathy Card