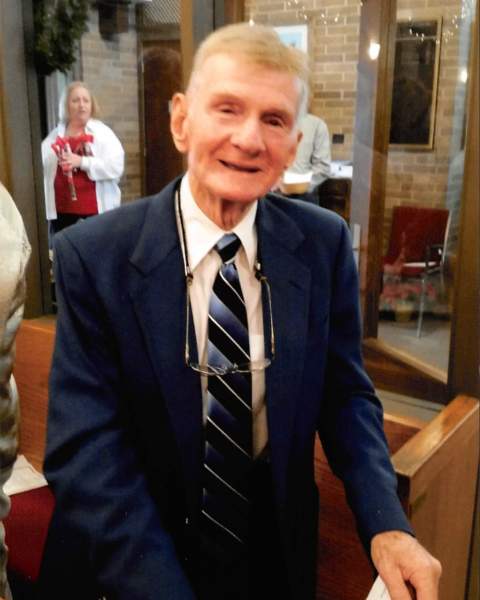 Earle Wylie, of Teague, passed away Wednesday, November 9, 2022, at the age of 95.  He was born June 9, 1927 in Teague, Texas to Richard Robbins, Sr. and Dulcie Blanche (Hartley) Wylie.  He attended Teague schools as a child.  On August 27, 1945, Earle was inducted in the service and served the remainder of WWII stationed in Iceland.  Upon his return, he attended Sam Houston School for Teachers (Sam Houston State University) where he earned a Bachelor’s Degree and taught music.

Earle’s true passion and love was playing the piano, which introduced him to Hallie Pritchard of Houston, who owned a dance studio.  Hallie asked Earle to play the piano for her students’ recitals, which was the beginning of his wonderful life.  Earle spent his time, after work and weekends, at the dance studio.  Many of the people he met while at Hallie’s studio, later, went to Hollywood.  Earle even recorded many of his own compositions.  Over the years, he played the piano for several different churches, the Chamber of Commerce annual Christmas, and Frankie’s Pasta and Pizza on Valentine’s Day.  Wherever there was an event that needed a piano player, he was happy to fill that need.

Earle became good friends with Hallie and her husband, Arlon and remained with the dance studio until it closed, due to Arlon and Hallie’s health issues.

In 2003, Earle moved back to Teague where he remained until his death.

A memorial service will be 3:00 p.m., Tuesday, November 22, 2022 at Blair-Stubbs Funeral Home in Mexia with Bro. Scott Matthews officiating.

To order memorial trees or send flowers to the family in memory of Durwood "Earle" Wylie, please visit our flower store.