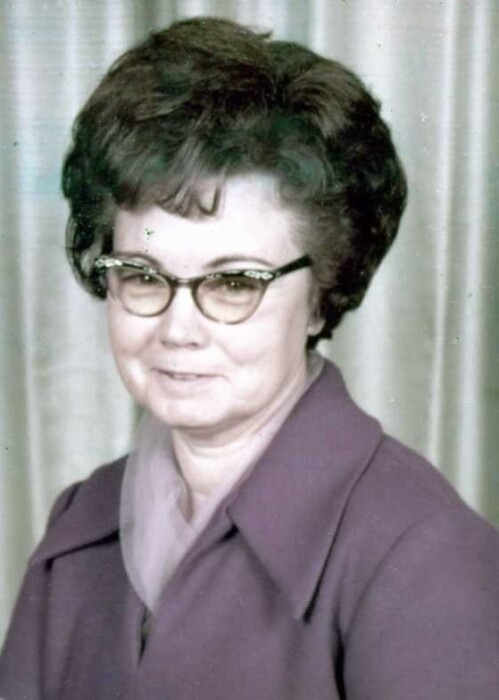 Ree, as she was affectionately known, was born September 1, 1925 in Personville to Henry and Etta Reynolds Wilburn.  She grew up in the Personville area and attended the Fair Oaks school.  Ree experienced all the hard work associated with growing up in the country during the depression, including the difficult and hot task of picking cotton.

After graduating from school during World War II, she went to Hitchcock to work at the Blimp Base.  During her stay there, she met her future husband, Howard, and after a whirlwind courtship of six weeks, they were married on December 16, 1944 in Garden Villas.  A true love story that lasted over 75 years.

Ree could be described as a wonderful wife, mother of four children, homemaker and cook.  Her success in life and marriage could be attributed to her love for the Lord and His church.  During the last stages of her illness, going to church was what she missed the most.  She was a beloved member of the Prairie Grove Baptist Church.

She was preceded in death by her parents; daughter, Dale Copeland; and two sisters and four brothers.

Visitation with the family will be Tuesday evening from 6 until 8 pm at Blair-Stubbs Funeral Home.

To order memorial trees or send flowers to the family in memory of Evelyn Langford, please visit our flower store.
Send a Sympathy Card