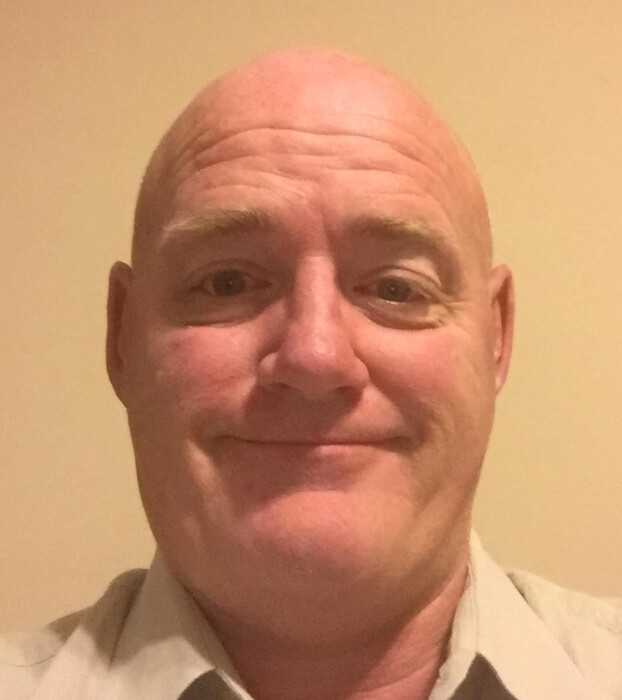 Gene was born July 25, 1963 in Mexia, Texas to David Ray and Peggy Janelle (Roberts) Dolen.  He grew up in Mexia and was an Honor Graduate of Mexia High School, ranked 3rd in the Class of 1981.  Gene received his Bachelor’s Degree from Baylor University.  He served his country in the Army National Guard, for several years, and was discharged with the rank of Lieutenant.

As a young man, he began working for the, Coke-Cola Company, then worked for the TDCJ Boyd Unit and later, worked as a Special Education teacher.  Gene enjoyed his job as a teaching and was very suited for it.  He was very understanding of his students with challenged disabilities and took pride in teaching them.

Gene was a loving husband, father, and son.  Gene was a proud father of two daughters, Elspeth and Gwyneth; his entire family meant everything to him.  He was very caring and always willing to take on any responsibilities that were necessary when it came to taking care of his family.  He became the caregiver for his wife, who was legally blind, and, later, terminally ill.  He, also, moved back home to take care of his parents, due to covid.   Gene was a member of the First Baptist Church in Mexia.

He was preceded in death by his wife, Leslie Dolen; sister, Jan; and brother, Jon.

Gene is survived by his parents; David and Peggy Dolen; daughters, Elspeth and Gwyneth Dolen of Webster; David Tyner and Donnielle of Rice and Bradley Tyner and wife, Kelli of Ennis.

To order memorial trees or send flowers to the family in memory of Gene Dolen, please visit our flower store.
Send a Sympathy Card