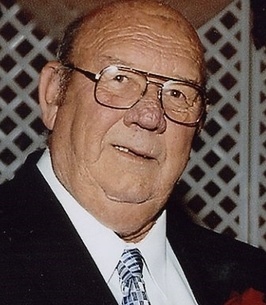 Visitation with the family will be prior to the service beginning at 1:00 p.m.

Gerald was born July 22, 1940 in Gladewater, Texas to Ray C. and Lucille Sanders Kennedy. He married his lifelong partner, Laverne Reagan, on May 18, 1958 in Houston, Texas; they were blessed with four children, Steve, Wayne, Sheila and Janet. Gerald worked for Gulf Coast Refineries for fifteen years, prior to becoming a truck driver, which eventually led him to Mexia and working for Mobley Trucking, Inc.

Gerald cherished time with his family, especially, the grandchildren and great grandchildren. He was a hard worker and willing to do whatever it took to provide for his family. He loved going on family vacations and taking day trips; he just enjoyed driving. Other favorite pastimes were fishing, hunting, puzzles and, as a young man, playing the guitar.

He was preceded in death by his parents; son, Steve Kennedy; four brothers; and five sisters.

To order memorial trees or send flowers to the family in memory of Gerald Kennedy, please visit our flower store.
Send a Sympathy Card