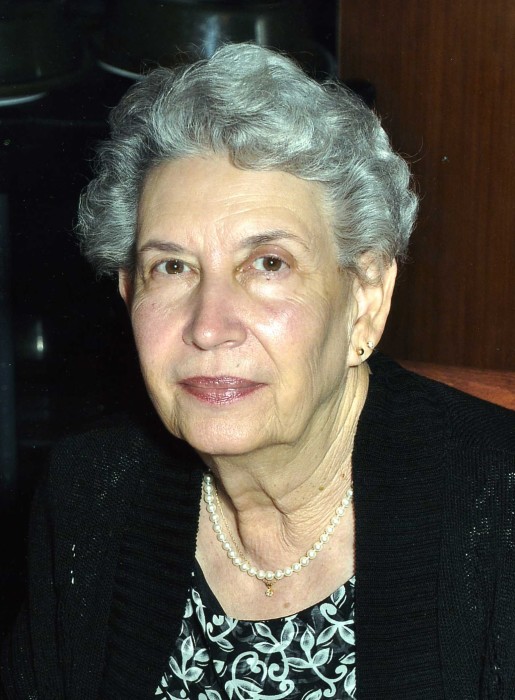 Gloria Ann White, 74, of Lake Mexia, Texas, went to be with her Lord and Savior on March 25, 2020, following a lengthy battle with Alzheimers.  Mrs. White was born, Gloria Ann Moore, in Orange, Texas on October 22, 1945 to James and Rena McKelroy Moore.  Soon after, she moved with her family to Marlin, Texas where she lived until she met and married, William “Bill” White, of Briary, Texas, on June 22, 1963.  While Bill was serving in the U.S. Marine Corps, they lived in Santa Ana, California.  In 1964, they returned to Texas and lived in Dickinson until after their first son, William, was born in 1965, then they moved to Bacliff, Texas.  In 1969, soon after Gloria gave birth to their second son, Brent, she was diagnosed with cancer.  She was treated and remained cancer free the rest of her life.

Gloria was a loving wife and mother.  There was nothing more important to her than being a housewife and remaining at home with her sons until they were in school.  She was very involved in her sons’ school activities, Boy Scouts and little league baseball.  She served as Vice president of Bacliff Elementary School PTA and 2nd Vice President of Bayshore Little League.  Gloria spent so much time at the Bayshore little league field that she was drafted into the announcer’s booth and eventually assisted in organizing the girls’ softball league.  Although she didn’t have a daughter, she claimed all these girls as her very own.

Gloria’s working career began after her sons started school.  She became a volunteer at Danforth Hospital in Texas City, Texas, where she was, eventually, hired in their radiology department.  Then, she went to work for Simpson and Burwell law firm in Texas City, where she started as a receptionist and, later, became a legal secretary.  Gloria worked for several law firms, prior to retiring from Martin and Garza law firm in Galveston in 2005.  She was a member of the Texas Association of Legal Secretaries and served as president of both the Texas City and Galveston County Legal Secretaries.

Gloria lived her life exemplifying that of a faithful Christian.  She served as a Sunday school teacher and secretary of the First Baptist Church of Bacliff where she was a member for 38 years.  During the 1970’s, she was an active member of the Bacliff Volunteer Fire Department Ladies Auxiliary and a charter member of the Christian Motorcycle Association.  Upon retiring, Gloria and Bill move to Lake Mexia, Texas and became active members of the First Baptist Church of Mexia.  They enjoyed traveling on trips with the church group and on their own.  Gloria also stayed busy in retirement working with Hospice in Mexia.

She was preceded in death by her parents, James and Rena Moore, sister, Dorothy Nicholson; and brothers, Clyde, Otha Ray, Jack and Richard Moore.

Gloria is survived by her husband of over 56 years, Bill White of Lake Mexia; sons, William White and wife, Kim of Teague, TX and Brent White and his family, Racheal, Brandon, Steven, Timmy, Rozalynn and Brent, Jr. of Bacliff, TX; brother, Wayne Moore and wife, Charlotte of Texas City, Texas; and many cousins, nephews and nieces.

Graveside services will be held at 1:00 p.m., Saturday, March 28, 2020 in the String Prairie Cemetery near Calvert, Texas.  A service to celebrate Gloria's life will be announced later.

To order memorial trees or send flowers to the family in memory of Gloria White, please visit our flower store.
Send a Sympathy Card