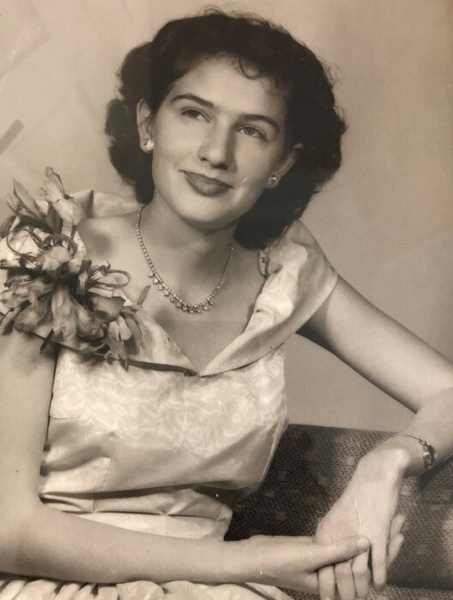 Gracie Lewis Potter passed away November 23, 2020 in Houston, Texas at the age of 86.  She was born August 15, 1934 in Navarro County, Texas to Henry Clyde and Grace Eady Lewis.  Gracie was the youngest daughter of a family full of girls!  She grew up in Tehuacana and graduated from Mexia High School.  During her lifetime, she lived in Dallas, San Antonio, Hubbard and Houston, which was her home the majority of her life.   She retired from Mobil Steel Corporation in Houston after 20 years of service as Supervisor of the Financial Department.

Gracie was a loving and devoted mother to her only daughter, Michele.  Although she had on one child, she loved her nieces and nephews as if they, too, were her children, and in their eyes, she was their favorite - the “best aunt” ever.  She loved and adored her family above all else.  She was a great friend to many and prided herself in being a wonderful neighbor to those she lived near.

Some of the best years of Gracie’s life came within the last years.  Gracie and her first love reunited and spent 12 of the happiest years of their lives together.  When Gracie and Joe Rountree were very young, for whatever the reason, they broke up prior to getting married.  Many years later, Joe’s wife had passed away and while she was living in Hubbard, they found each other again and remained together until his death on December 29, 2019.  Also, while living in Hubbard, Gracie acquired an additional family.  Randy, Monica and Riley O’Brien loved her dearly, and the feeling was certainly mutual; they remained an important part of each other’s lives for many years.

She was preceded in death by her parents, Henry and Grace Lewis; and numerous other loved ones.

Gracie is survived by her loving daughter Tammi Michele de Gomez and husband, Genaro of Houston; niece, Patricia Roberts and husband, Russell of Round Mountain, TX; and brother-in-law, Wallace “Sam” Johnson of Kingsland, TX; and many, many great nieces and nephews.

A graveside service will be held at 11:30 a.m., Saturday, December 5, 2020 in the Mexia Cemetery with Rev. Jen Pick officiating.

To order memorial trees or send flowers to the family in memory of Gracie Potter, please visit our flower store.