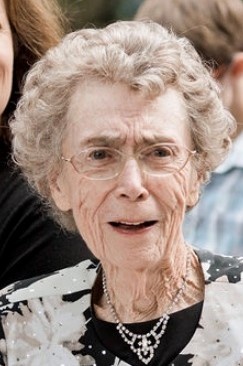 Longtime Limestone County resident Nancy Helen Holbrook Plummer, passed away peacefully at her home in the Kickapoo community Friday afternoon, October 15, 2021, at the age of 89, surrounded by all four of her children.

Born on September 13, 1932, in Nacogdoches, Texas, to Elijah Elmer and Susie B. (Kirksey) Holbrook, Mrs. Plummer graduated from Nacogdoches High School in 1949. She received her Bachelor of Science degree in History/Government from Stephen F. Austin State University in 1952 and her Master’s degree in Elementary Education in 1957.

On June 8, 1952, she married the love of her life, Edwin E. Plummer, Sr., in Nacogdoches, and they moved to Dickinson in 1953, where she began her lengthy and impactful teaching career and taught at Dickinson Elementary School from 1953 until 1960.  When she and Mr. Plummer moved to Groesbeck, Mrs. Plummer taught in Groesbeck High School from 1961 until 1964, at which time they moved to the Shiloh School where she taught 1st, 2nd, and 3rd grades (all grades together in the same room!) from 1964 until 1966.

She also taught college entrance preparatory courses for Navarro College, and from 1996 until 2015, Mrs. Plummer served the community by working as the Administrator of the Mexia Academic Sweater & Scholarship Fund.  She was also a member of the Mexia Women’s Friday Club, serving as its President from 1992 to 1994.

She was a member of the Fallon Church of Christ and enjoyed continuing to attend services there after her husband’s passing on October 27, 2015.

Throughout her life, Mrs. Plummer enjoyed “antiquing” as she and her friends called it…amassing large collections of kerosene lamps, ruby red flash souvenir glass, and depression glass.  In her final years she found joy in listening to big band music turned up beyond the comfort level of her children, and in her final hours beautiful orchestral selections mixed with the rhythmic oxygen machine.

Above all, Mrs. Plummer cherished her children, grandchildren, and great-grandchildren…and looked forward to Thanksgiving and Christmas celebrations with her home overflowing with noise, laughter, good food, and her growing family.

Mrs. Plummer is also survived by her brother, Charles Holbrook, of Nacogdoches; her sister-in-law, Patsy Seal and husband, Elbert, of Arlington; sister-in-law, Mary Bond, of Mexia; and numerous nieces, nephews, and cousins.

Mrs. Plummer was preceded in death by her husband, Edwin E. Plummer, Sr., and her parents, Elijah and Susie Holbrook.

Visitation will be Monday, October 18, at 1:00 p.m. at the fellowship hall of the Church of Christ in Groesbeck, with the service immediately following at 2:00 in the sanctuary, with Marcus Sheffield, Richard Williams, Glenn Shoemaker, and Jerry Fulton officiating. Interment will be at Plummer Cemetery, with Clif Fox officiating.

Mrs. Plummer's family would like to thank the friends and staff at Mexia L.T.C. for their care and compassion these last few months, Mrs. Plummer’s roommate, Keisha “Love” Griffin, who treated their mother as her own, and the Community Healthcare team (formerly Providence Hospice) for their kind and compassionate care at the end of her life…as well as the innumerable friends and family who have helped ease their grief with both tangible expressions of sympathy as well as prayers and attendance. Mrs. Plummer was a beloved mother, teacher, and friend whose absence will be felt by many here on earth...while her presence in Heaven is being celebrated by those who have gone on before.

To order memorial trees or send flowers to the family in memory of Helen Plummer, please visit our flower store.
Send a Sympathy Card