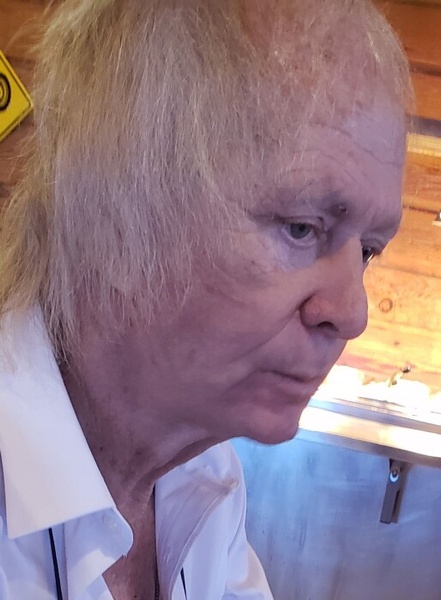 Hans was born November 23, 1941 in Dallas, Texas to Hermann Edward Jones, Sr. and Willie Belle Durham Jones, the oldest of four boys.  He has lived in the Limestone County area for almost 35 years.  He was a self-employed truck driver and worked for various companies.  He was also the owner of H & B Cattle Company

Hans loved the country and especially enjoyed raising cattle on his ranchette in Lost Prairie.  He had recently begun building a big barn on his land.  He also enjoyed buying and collecting old cars.  He was a big fan of Rock & Roll and in his younger days, Hans managed a Rock band that toured throughout Texas and Oklahoma.  There were even times when he would take his younger brother, Ronald, on some of the tours.  In some of his spare time he liked to get out his base guitar and do a little pick’n and grin’n of his own.

Hans was outgoing and made friends easily but there was one thing for sure, he vowed he would never be a married man, he enjoyed the single life too much.

He was preceded in death by his parents, Hermann and Belle Jones; and brother, Joseph Siddons.

To order memorial trees or send flowers to the family in memory of Hermann Reicher, please visit our flower store.