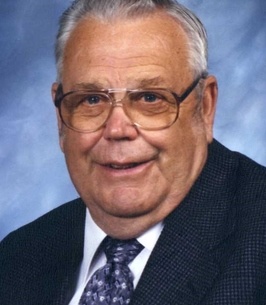 Ivan N. Jackson, Sr. (88), longtime Mexia businessman, was born on April 6, 1930 in Mexia, Texas to Arthur and Gladys Jackson. He was welcomed by many loved ones into his Heavenly home on October 24, 2018. Funeral services will be held at 2:00 p.m., Saturday, October 27, 2018 at First Baptist Church with Rev. Marcus Sheffield and Rev. Shane Norcross officiating. Interment will follow in the Point Enterprise Cemetery. Larry McClinton, David McClinton, Matt Strother, Jack Strother, Herman "Bubba" McClinton, Jr., Timothy Railsback and Robby Richardson will serve as pallbearers.

Ivan served his country in the United State Air Force for four years, 1952-1956. During this time, he was stationed in Iceland, Alamogordo, New Mexico and Ft. Walton, Florida. When his tour of duty was over, Ivan along with his lovely wife, Dolly moved to Houston. In 1968, they moved to Mexia where they became owners of the White's Automotive Store, later becoming Western Auto and now, Jackson's True Value. This year, they were blessed to celebrate two very special occasions, their 70th wedding anniversary along with 50 years in business.

Ivan was affectionately known to some as "Uncle Ivan" and many as "Paw Paw"; he was a loving husband, father, grandfather and friend. He was very outgoing, had a wonderful sense of humor, loved interacting with people. Ivan enjoyed hunting with his two sons and numerous friends and loved to travel. His extreme joy was gathering all the family and friends to their Forest Glade home for any occasion. Ivan was a longtime active member of Calvary Baptist Church.

He was preceded in death by his parents; brother, James P. "Buck" Jackson; and sister Pauline Maden.

In lieu of flowers, memorials may be made to the Limestone County Cancer Group or Calvary Baptist Church.

To order memorial trees or send flowers to the family in memory of Ivan Jackson Sr., please visit our flower store.