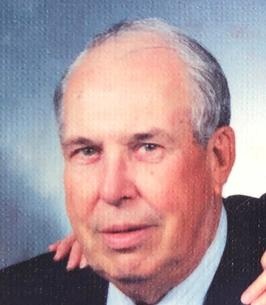 James "Jim" Durwood Chatham, of Mexia, passed away March 24, 2019 in Groesbeck at the age of 91. Funeral services will be 11 am, Thursday, April 4, 2019 at Blair-Stubbs Chapel with Rev. Marcus Sheffield officiating. Interment will follow in the Stranger Cemetery. Erik Addy, Jason Carroll, Danny Martinez, Michael Krumnow, James Anderson, and Micah Anderson will serve as pallbearers.

Visitation with the family will be prior to the service beginning at 10:00 a.m.

Jim was born February 4, 1928 in Reagan, Falls County, Texas to Durwood Dero and Esther Williams Chatham. He served in the Army from September 1950-August 1952 and attended the Army Ordnance School. He was later stationed in southern Germany and received the Army Occupation Medal. He worked as an electrician for Sinclair/ARCO for 37 years, retiring in 1985. He grew up as a rancher and maintained his love and care for cattle in partnership with his brother "Billy" as the "Chatham Brothers" operation until his death.

Jim married Virginia Rae Hoke in Lubbock, Texas on July 31, 1951; they were blessed with two children, James R. "Randy" and Carol. He and his family moved to Mexia (TX) on July 4, 1968. He was a strong man of influence in his family and was loved by his children, grandchildren and great grandchildren. Ranching was more than a business-it was a passion and hobby that provided an outlet for his constant mechanical tinkering and equipment repairs. He enjoyed fishing and catfish fries with family.

Jim always had a way of leaving an impression. At first, it was one of seriousness until you experienced his warm and humorous heart. He attended the Baptist Church in Stranger (TX) during his early years but seldom expressed his faith openly. Rather, he expressed his commitment to God by loving and helping others; he later shared his faith with his son. Everyone who knew him has a "Jim Chatham story."

He was preceded in death by his parents; wife of 65 years, Virginia Chatham, and granddaughter, Jenny Chatham.

To order memorial trees or send flowers to the family in memory of James Chatham, please visit our flower store.