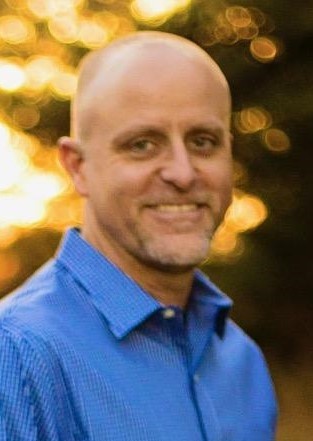 Devoted husband and father and active member of his church community, Jason Cate lived a full life with family being at its core. Jason passed away, peacefully, at the age of 45 on August 25, 2021 after a courageous battle with cancer, surrounded by loved ones who will continue to honor him and his memory.

Born, January 30, 1976, and raised in Mexia, TX, Jason was a 1994 Mexia High School graduate followed by 2 years of college before starting a 22 year career with AT&T. His pride was in supporting his family by maintaining a strong work ethic even throughout his trips back and forth for treatments. He was saved at the age of 12 at Shiloh Baptist Church which cemented his faith that continued to grow throughout his adulthood that led him to be a strong Christian father and husband. He and his family are proud members of Groesbeck First Baptist Church.  Jason was also an active member of the Springfield Masonic Lodge #74.

The simplest pleasures in life brought great joy to Jason including fishing with his son, dad. and brother, shooting guns with his brother and brother-in-law, yearly vacations to the beach, attending his children’s football/baseball games, dance recitals, and playing board games at holiday get togethers. In addition to treasuring his family, he also developed strong and meaningful friendships in Mexia and Groesbeck over the years. Many of which became like family themselves.

Jason is survived by his loving wife, Kelley, of Groesbeck, who stayed by his side from day one; his children, Bailey and Garrett; parents, Gail and Wynters Cate of Mexia, twin brother, Daniel Cate, who he spoke with daily, and wife, Susie, sister, April Cate and husband, Ray Berard and several uncles, aunts, nieces, nephews, cousins and other relatives.

Visitation with the family will be 5-7 p.m., Saturday, at Blair-Stubbs Funeral Home.

To order memorial trees or send flowers to the family in memory of Jason Cate, please visit our flower store.