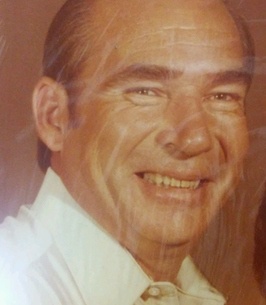 Jerry Clyde Webb passed away December 5, 2018 in McKinney, Texas at the age of 85. Funeral services will be 1:00 p.m., Saturday, December 8, 2018 at the Prairie Hill Baptist Church with Rev. Rick Cundieff officiating. Interment will follow in the Coolidge Cemetery.

Jerry was born July 6, 1933 in Prairie Hill, Texas to Clyde Cecil and Frances Louise Webb. He grew up in Prairie Hill and graduated from Prairie Hill High School. Later, he attended San Jacinto Junior College while working in Houston, Texas.

Jerry joined the US Army at the age of 18. He served in El Paso and Washington State. He married Bettie Jean Glover on July 9, 1954 in Coolidge, Texas. There were two sons born to this union, James Clyde in 1955 and Thomas Ray in 1958.

His working career included a number of years with Hughes Tool Company in Houston. He and his family returned to Coolidge where he began working with his father-in-law in the Heating and Air-Conditioning business. Jerry took over the business after his father-in-law retired. In 1985, the family moved to Richardson and he went to work for the Richardson Hospital Engineering Department. Upon his retirement, he moved to Lake Tawakoni and enjoyed fishing as long as he health allowed.

He was preceded in death by his wife, Bettie Jean; and son, Thomas Ray.

To order memorial trees or send flowers to the family in memory of Jerry Webb, please visit our flower store.