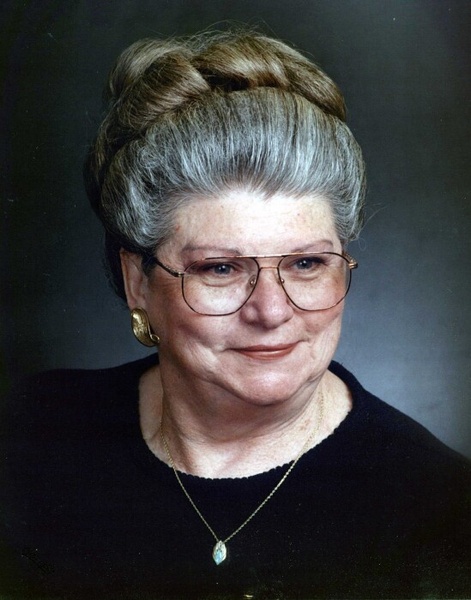 Visitation with the family will be prior to the service beginning at 2:00 p.m., Sunday.

Jo Gwen was born June 17, 1937 at Davis Prairie, a small community in south Limestone County, near Thornton, Texas; the first child of Glenn L. and Imogene Rasco Hamilton.  She spent the first seven years of her life in the Thornton area where she attended the first and second grade in the Thornton school.  In 1945, the family moved to Mexia, where Jo spent the next several years.  Jo attended Forest Glade school, graduating from there in 1951.  She, then, went to Mexia High School, graduating in 1955.  Later that year, she met and married Robert Bayless, with whom she celebrated nearly forty-six years of marriage, prior to his death in 2001.  Jo and Robert were blessed with three children, five grandchildren and six great grandchildren.

Jo was a very out-going person, seldom meeting a stranger.  She had three great loves: her Lord, her family, and her church.  Following the death of her mother, Jo became “Mother” to the remaining family and because she lived “on the hill”, where most of the Hamilton children grew up, that was HOME.  Large family gatherings were not uncommon, and Jo loved to cook for a group.

Jo attended Calvary Baptist Church from sometime in the early ‘70’s until 2019.  She served in numerous positions within the church body:  Sunday School clerk, Sunday School superintendent, Sunday School teacher, Director of Women on Mission, and president of Glorious Group.  She also served as Church Camp nurse for several years.

In 1964, Jo went to work for, what was then, the Mexia State School where she remained until her retirement in 1992.  While employed, she decided to attend nursing school, graduating in 1984 from McLennan Community College with a Registered Nurse degree.

Jo became a member of Mexia Chapter 57 Order of the Eastern Star where she served various stations through the years, including Worthy Matron, six times.  In August 2020, she achieved a major goal, fifty-year membership in the order.

To order memorial trees or send flowers to the family in memory of Jo Bayless, please visit our flower store.