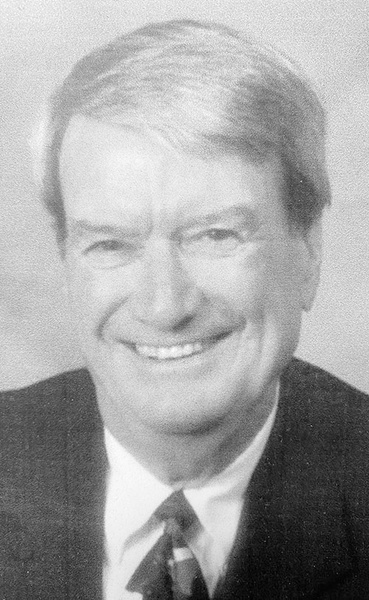 The world’s light became a bit dimmer on February 8, 2022 when our modern-day Atticus left this earth, but leaving it a better place because he lived.

Joe Barnett Cannon was born January 29, 1935, in the expansive metropolis of Thornton, Texas, to James Barnett Cannon and Virginia Buck Cannon.  In 1940, the family decided to take on the bright lights of the big city of Mexia, Texas, where Joe spent the rest of his childhood and formative years.

In his early years, Joe was a proud member of the Mexia Sandlot Gang---comprised of his big brother, Buck Cannon (the Godfather), and Tommy and Dicky Flatt.  The four of them ruled benevolently over the neighborhood, hosting an unknown number of pick-up baseball games, where Buck, Team Captain, would always pick Joe first.  He was a proud Eagle Scout and would often be asked to officiate over the ceremonies of numerous young men who earned that honor as well.

At some juncture in life, Joe was informed that he had been born with a slight non-conformity, a fact that he shamelessly may have used to his advantage in court and in life generally.  To the dismay of many legal adversaries, particularly in jury trials, “the Hook” distracted many a juror during what would have surely otherwise been very moving closing arguments.

In high school, Joe excelled in many things, not the least of which was debate and baseball.  He was proudly the best one-armed pitcher for the Mexia Blackcat Baseball Team, pitching one infamous no-hitter game his senior year.  He was a letterman in golf, tennis, baseball and softball, although admittedly the competition was not really that stiff.  Nonetheless, he found time to serve as President of the Student Body, was Salutatorian of his graduating class, and was the State Declamation Champion of debate in 1950.

Joe’s impact did not stop there, as he ventured to college at North Texas State College (now University of North Texas).  At North Texas, he served in many capacities, including President of the Student Body (1956), Rush Chair of Sigma Nu Fraternity, and President of the Debate Club.  North Texas honored him with the highest recognition of the Green Glory Award in 2000 and as an Outstanding Alumni that same year.

Having majored in political science, Joe realized he might need to pursue a more lucrative career and decided to go to law school at the University of Texas.  While there, he served as Mid-Law Class President, was a Texas Goodfellow, a Texas Cowboy (overseeing the honored tradition of the Longhorn cannon) and on the Honor Council. During his third year in law school, he was recognized by the Supreme Court of Texas as the Outstanding Advocate in the moot court finals.

While finishing up law school, Joe ran and was elected State Representative for the Counties of Limestone, Falls and Freestone.  While in the Texas Legislature, Joe met the beautiful Alice Jean Sundberg, former twirler for the Longhorn Band, whom he married on August 20, 1960.  Together they served the community of Mexia in many capacities, and were the proud parents of two children, JoAl Cannon Sheridan, a lawyer following in his footsteps, and Thure Cannon, a well-respected lobbyist and former Capitol staffer in the state legislature.  After the passing of Alice Jean, Joe later remarried Debra K. Goodwin in the year 2000, and enjoyed her company until his passing.

Joe was known throughout his legal career as our modern-day Atticus Finch.  Always the consummate gentleman, there was never a colleague who did not appreciate his professionalism and kindness, even in hard-fought legal battles.  Whether it was a young lawyer who forgot a tie for court, or a fellow lawyer who needed advice, Joe was the one everyone called knowing they would find a compassionate and understanding ear.  He served in many capacities of honor in his career, including Chair of the Board of Directors of the State Bar of Texas (overseeing the first Sunset Review during his tenure) and the chair of the district grievance committee overseeing lawyer discipline.  He was recognized as an Outstanding Fifty Year Lawyer by the Texas Bar Foundation in 2010, the highest honor of that organization.

Joe had many passions in life, not the least of which were Texas Longhorn Football and the Sigma Nu Fraternity.  He was often asked to travel the country to recite the Sigma Nu Creed, which he knew by heart and memory.  He helped establish new chapters at several universities, and counseled many a new member on what it meant to be in the sacred community of brothers.

While Joe had many accomplishments and accolades, nothing made him prouder than his title and role of “Pepe” to his cherished grandsons, Knox and Nash Cannon and his step-grandchildren Graham, Lily, Harrison, Everett and Jude Goodwin .  If love could have saved him, he would have lived forever just to spend more cherished moments with those exceptional young people.

Joe was preceded in death by his parents, his cherished brother Buck Cannon, and his wife Alice Jean Sundberg Cannon.  He is survived by his wife Debra K. Cannon, his children, JoAl Cannon Sheridan and her husband, Dirk Sheridan of Austin, and his son Thure Barnett Cannon, and his wife Shannon Shoquist Cannon of Austin and their boys Knox and Nash.  He is also survived by; his two step-sons and their spouses, David and Laura Goodwin of Zachary, LA, and their children Graham, Lily and Harrison; and Thomas and Ann Goodwin of Baltimore, MD, and their children Everette and Jude; his nephew Jim Cannon; his nephew Carl (“Tiger”) Cannon, sister-in-law Kay Cannon.  He would also consider himself to be survived by his many lifelong friends and colleagues, particularly his fellow lawyers.

In lieu of flowers, please consider a donation to the Texas Bar Foundation, the Mexia Academic Sweater Fund, or Baylor Law School (which even from Heaven he will mention how much it cost for JoAl to attend…..)

A Celebration of Life service will be held at 10:30 a.m., Thursday, February 17, 2022 in the First Presbyterian Church with Rev. Tom Prentiss officiating.  A visitation/reception, with the family, will follow immediately after the service at the church.

To order memorial trees or send flowers to the family in memory of Joe Barnett Cannon, please visit our flower store.