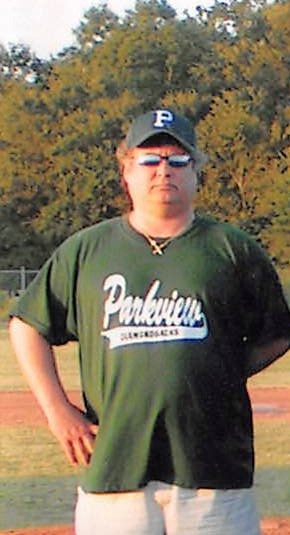 John Robert Etheridge, 51, passed away August 1, 2020 at his home on Lake Mexia.  John was born December 27, 1968 in Corpus Christi, Texas to Eugene and Debra Diane Robertson Etheridge, but grew up in Mexia.

John had a special love for baseball, not only playing but also coaching.  As a young man, he was a pitcher, for several years, until he threw his arm out.  However, he remained involved by coaching young teens in city league ball in both, Mexia and Killeen.  He also assisted the coaches at Mexia High School from time to time.

John was manager of Jack’s Stereo in Killeen, for over 20 years, until his health began failing.  He was a self-taught computer tech.  He could repair, upgrade, or do anything else that may be required to get, or keep, them operating.  John also enjoyed restoring cars, playing poker and was an avid Texas Long Horn fan.

John had no children of his own, but he was the proud uncle of niece, Brandi and nephew (and name sake), John Anthony.  He loved his family and he will be missed by those who loved him.

He was preceded in death by his parents, Eugene and Debra Etheridge.

There are no services planned at this time.

To order memorial trees or send flowers to the family in memory of John Etheridge, please visit our flower store.
Send a Sympathy Card