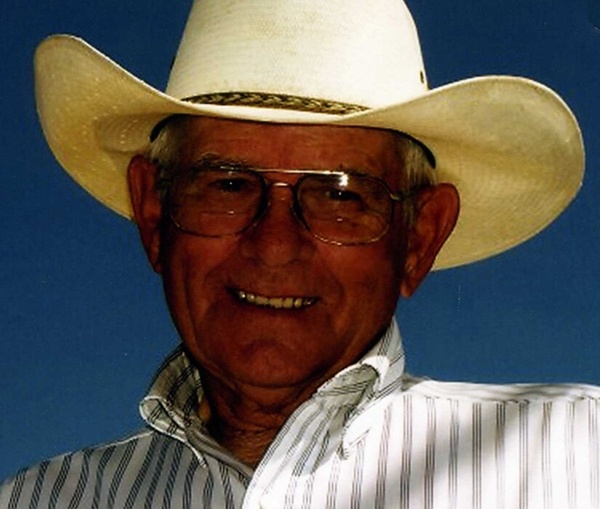 Visitation with the family will be 4-6 p.m., Sunday, at Blair-Stubbs Funeral Home in Mexia.

John was born July 28, 1934 in Wortham, Texas (at home) to George David and Sadie Elizabeth (Kirgan) Stubbs.  After serving as a Medic in the U.S. Army, he returned to Wortham and began his lifelong career as a rancher.  John also served as Freestone County Commissioner for over 12 years.

John married Mattie Lou Deck on July 6, 1956 in Wortham; they were blessed with a daughter, Bettina.  His family was his pride and joy.  He thought there was nothing that could top his love for his daughter until he became “Granddad” and then great “Granddad”, each time, his love grew stronger.  John’s love for God and family was exemplified in the way he lived his life.  He served as a Deacon of the First Baptist Church where he was a longtime active member.  He also served on the Wortham Housing Authority for many years.

John and Mattie enjoyed traveling all over the country to watch their grandchildren participate in sporting events.  John enjoyed almost any activity pertaining to the outdoors, especially, hunting and fishing.  After his many years of fishing, he caught his largest fish ever this year.  He, also, had an outgoing personality, always friendly, loved being with people and always enjoyed telling a story, or stories, to anyone that was willing to listen.

He was preceded in death by his parents, George and Sadie Stubbs; his wife of 57 years, Mattie Stubbs; grandchildren, Sarabeth Matthews and John James “JJ” Jarrell.

To order memorial trees or send flowers to the family in memory of John Stubbs, please visit our flower store.