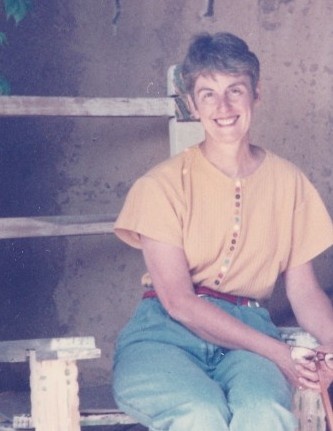 Katherine Stoker Burnette, 80, of Tyler, passed away March 19, 2020 in Mexia, Texas at the age of 80.  Although Katherine, along with the love and support of her family, fought a long battle with dementia, she remained sweet and gentle enough to care for throughout the illness.

Katherine was born December 7, 1939 in Little Rock, Arkansas to Jack Bryan and Esther Stephens Kerr.  After graduating from Jacksonville High School in 1957, she continued her education graduating from Lon Morris junior college in 1959, attending North Texas State in 1960 and earning her B.A. from East Texas State (now Texas A&M at Commerce) in 1961 with degrees in English and Business.

She worked for many years at Baylor University and McLennan Community College as a secretary and library assistant, retiring from MCC after 20 plus years of service.  Katherine loved this work, the people she worked with and those she worked for – with few exceptions.  Katherine married the love of her life, Hoyt Burnette, on August 19, 1961 in Jacksonville, Texas.  Over the years, Hoyt, received many wonderful comments informing him of how lucky he was to have such a sweet, lovely and wonderful wife, which they never any argument from him.

Katherine enjoyed her career but her role as a wife and mother was her priority.  She loved her family and made sure their needs and wants were always taken care above everything else.  She lived a good, long life surrounded by beauty, comfort and people who loved her.

After Katherine and Hoyt retired, they did a lot of traveling, along with buying, remodeling and selling homes.  She researched and found all but one of the seven homes purchased and lived in during their marriage.  Katherine loved her role in remodeling these homes and proved to be extremely creative.

She was preceded in death by her parents; Jack and Esther Kerr; her beloved grandparents, Ruth and William Jennings Stephens, who played a large role in raising her; uncles, Bill Stephens and Jimmy Mullins; aunts, Peggy Carteron and Helen Wilburn; great uncles, Earl, Ned and Jim; great aunts, Clara, Margaret, Ester and Sula; and oldest friend and schoolmate, Jane Holcomb.

Katherine is survived by her husband of 58 years, Hoyt; three children and their spouses, Melanie Kay and Tim Zgabay, Hoyt Jeffrey and Lorie and Mark Benjamin and Malia; two sisters and spouses, Mary Ruth and Dr. Bruce Stafford and Betsy and Harry Schanning; and brother, Victor Firley.

An informal memorial service will be planned for a time when her extended family can all join together to celebrate Katherine’s life.

To order memorial trees or send flowers to the family in memory of Katherine Burnette, please visit our flower store.