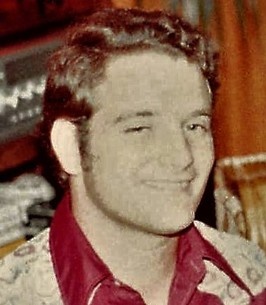 Larry Lee Hulsey, 63, of Mexia, passed away, Sunday, February 23, 2020 in a Waco hospital following a lengthy illness. He was born on December 20, 1956 in Houston, Texas to Milton and Naomi (Riggle) Hulsey, a twin to Gary.

While attending Bellaire High School, he was an employee of Holloway Day Care where he became close friends to the owners, Herb and Joyce Holloway and Dianne.

Larry moved to Hubbard in 1976, after marrying Karen Crabtree; two sons were born this union. In 1978, he went to work in the Mexia State School Maintenance Department but due to a back injury, which plagued him throughout his life, was forced to retire after 25 years of service. He was given the nickname of "Rev", while employed at the MSS, which remained with him for the rest of his life.

He was preceded in death by his mother and father, Milton Hulsey and Naomi Rhodes; stepfather, Weldon Rhodes; and a stepson, Jonathan Darden.

A memorial service for Larry will be held at 2:30 p.m. on March 7, 2020 at the Church of The Redeemed, 4300 Orchard Lane, Waco, Texas with Pastor Jeff Stinson and son, Brandon officiating. A video of his life will, also, be shared during the service. Refreshments will be served following the service.

Memorials may be made to the Church of the Redeemed in Larry's name.

To order memorial trees or send flowers to the family in memory of Larry Hulsey, please visit our flower store.