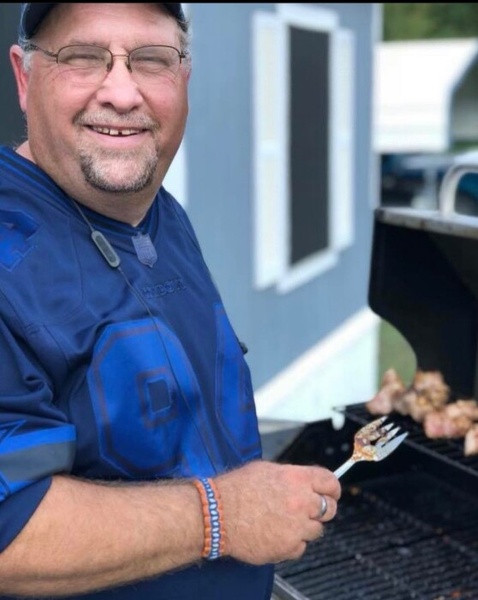 Larry spent most of his childhood devoutly following the Dallas Cowboys. Entranced by the thrill of the game he quickly became a Fan. Going into his teenage years, he would constantly be outside playing the game he loved with his friends and family. Eventually he met Pamela Sue, the woman who stole his heart.  Soon teenage attraction became marriage.

Larry had a passion for his family. Anything they needed, they got. He would give the shirt off his back if he knew you needed it. He loved any sort of sport, bowling with his kids and being the family chef at cookouts buying as much stuff as he could grill just so he could see his family smile. Food was how he showed people he cared. Larry turned his life over to our Lord and spread His word as best he could. He exemplified what it meant to be a Christian.

Graveside services will be Saturday, May 22 at 2:00 at King Cemetery, Thornton, TX, with Bro. Randy Crudgington officiating.

To order memorial trees or send flowers to the family in memory of Larry Ray, please visit our flower store.