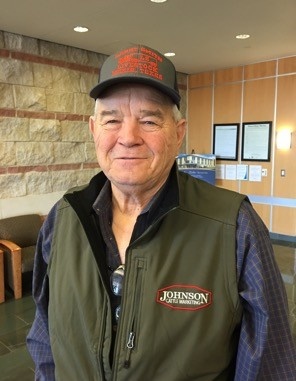 Larry Joe Smith, of Shiloh, passed away April 29, 2020 in Mexia, Texas at the age of 74.  Graveside services will be 1:00 p.m., Saturday, May 2, 2020 in the Shiloh Cemetery with Bro. Frank Pruitt officiating.  Pallbearers will be Tom Johnson, Mike Cox, John K. Smith, Mike Bolton, Jonathan Bible and Sammy Scneider.  Honorary pallbearers will be Gene Smith, Mike Smith and Tucker Jacob.

Larry was born June 11, 1945 in Brady, Texas to Joe Kirk and Billie Jean Burger Smith. After graduating from Poteet High School, he entered Oklahoma State and graduated in 1970 with a Bachelor degree.  He taught school in Poteet from 1970 until 1973.  Larry also spent many years in the rodeo arena as a professional steer wrestler.  For the last 40 plus years, he owned and operated Larry Smith Trucking, a cattle hauling business.

Larry married Claudia Lynn Harris on April 11, 2001 in Houston, Texas.  Although he never had any children of his own, he loved her sons, Travis and Kyle, as if they were his and there was nothing “grander” than the grandchildren.  When they were around, he tried to spoil them as much as possible; they truly owned his heart.

Larry enjoyed sports, outdoors, country music and country living.  He was very outgoing, never met a stranger and made friends everywhere he went.  He was very generous and willing to help people in need.

He was preceded in death by his parents, Joe and Billie Jean Smith.

To order memorial trees or send flowers to the family in memory of Larry Smith, please visit our flower store.