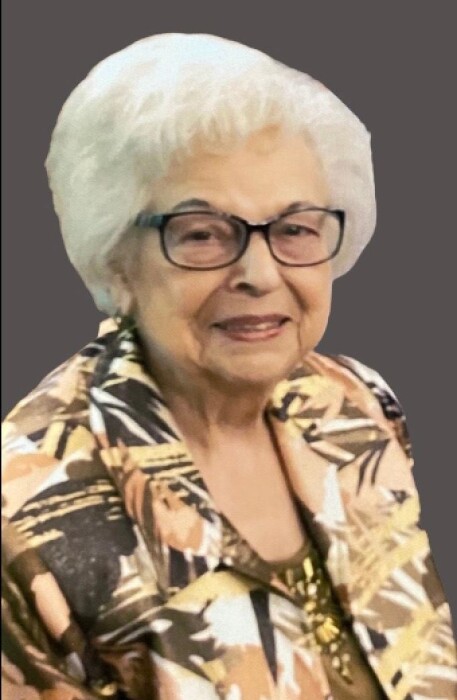 Dolly, or Mama Dolly as she was known to many, was born August 30, 1930 in Hubbard, Texas.  She married Ivan Neal Jackson, Sr. on June 5, 1948. They enjoyed seventy happy years together raising their two boys and working side by side in their business and farm interests, prior to Ivan’s death in 2018.

Dolly was a woman of strong character and possessed an incredible work ethic.  Whether it was at work, church, or civic endeavor, she was ready for action with a smile and lovely appearance.  At Jackson’s Mexia Retail, she kept books, met customers, and made everyone feel at home.  At Calvary Baptist Church, she was an active member of the Esther Sunday School Class and was also assistant treasurer.  Civic activities included the Mexia Business and Professional Women’s Club, where she had been a member since 1970.  Dolly was once named “Woman of the Year” for the city of Mexia.  In 2006, she and Ivan were named Mr. and Mrs. Mistletoe for the Mexia Christmas parade.  She will always be remembered for her love of the Lord, her family, and friends.

She was preceded in death by her husband, Ivan Neal, her daughter-in-law, Christy Jackson, and by her brothers, Bill McClinton and Dub McClinton.

Visitation with the family will be Monday evening from 6 until 8 PM at the funeral home.

To order memorial trees or send flowers to the family in memory of Laura "Dolly" Jackson, please visit our flower store.
Send a Sympathy Card