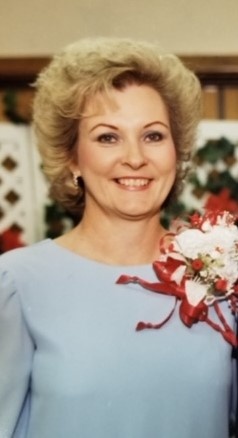 Linda was born July 15, 1948 in Mexia, Texas to Nolan Ervin and Lillian Fay Lewis Henderson.  She has been a resident of Limestone County her entire life.  After graduating from Mexia High School, Class of 1966, she began classes at Navarro College in Corsicana.  She was a sales manager for KYCX and later, Northland Cable Company before going to work for the Mexia State School.

Linda married her high school sweetheart, James A. “Jim” Webb on October 25, 1968 in Mexia, Texas.  They were blessed with three children, Keith, Kimberly and Kasey.  Her family was her world, her pride and joy.  Linda loved her children, however, like most grandmothers, she thoroughly cherished and enjoyed every minute of spoiling her grandchildren and great grandchildren.  One of the many reasons, they loved going to “Gran’s” house was because she and Grandad had made a special room designated, especially, as their playroom.  Linda, actually, had a special place in her heart for all children.  She also enjoyed watching HGTV and was even happier when she could find jobs for Jim to do as a result.

Linda was a devoted Christian, she loved the Lord and exemplified in her everyday life.  She was a caring person and treated everyone the way she wanted to be treated.

Memorials may be made to the American Heart Association or Cook Children's Hospital in Fort Worth, Texas.

To order memorial trees or send flowers to the family in memory of Linda Webb, please visit our flower store.