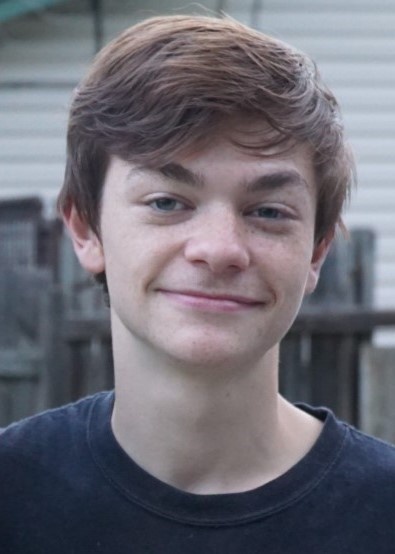 On February 9, 2022, Logan Thomas Edwards was welcomed into his heavenly home at the age of 16, by his dad, Pawpa, and numerous other relatives.

Logan was born October 17, 2005 in Waco, Texas to Roger Gene and Stephanie Ann (Jones) Edwards.  He lived in Mexia for many years, prior to moving with his family to Round Rock.  He was presently a sophomore at Round Rock High School.  He was a member of the band while in junior high school and played football in junior high and high school.

Logan was a loving son and brother.  He loved his brother, Blake, but was especially close to his sister, Chelsea, who was two years older.  As a usual rule, big sisters seem to take care of their younger siblings, which was true in his case.  He, also, had that special relationship that boys usually have with their mother.  Logan didn’t have many years with his dad, as he passed away when he was very young.  In later years, he happily welcomed his bonus dad, Edwin Soto, and daughter, Elena, into his family. His extended family consisted of a special best friend, Juan, and his loving, faithful pets, Rusky (a Russian Blue cat), and most recent cat, Nala.

Logan was a happy, go lucky, kind of guy.  He was always upbeat, had a good attitude, a friendly smile and made friends easily.  He enjoyed lifting weights, playing video games, and hanging out with friends.

A visitation with the family will be 10:00 – 11:00 a.m., Saturday, February 19, 2022 at Blair-Stubbs Funeral Home.  The funeral service will begin at 11:00 a.m. with Rev. Stephen Davenport officiating.  Interment will follow in the Lost Prairie Cemetery.  David Sullivan, Jackson Sullivan, Tim Edwards, Austyn Edwards, Nathan Red Elk, and Michael Scott will serve as pallbearers.

To order memorial trees or send flowers to the family in memory of Logan Thomas Edwards, please visit our flower store.
Send a Sympathy Card