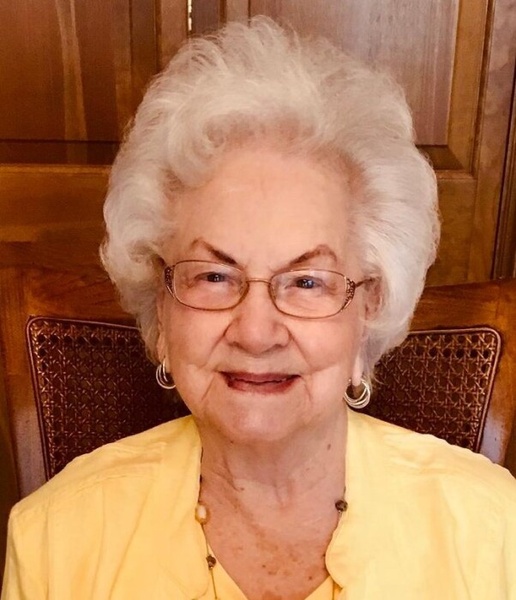 Rachel Louise Prather left peacefully to be with her Heavenly Father on November 17, 2020. A loving wife and doting mother, Louise lived a fulfilling ninety-six years that truly touched the lives of all her friends and family.

As the oldest amongst nine children, Louise was born March 26, 1924 in Pt. Enterprise to parents Alton Kerzee, Sr. and Addie Bond Kerzee. Louise graduated from Mexia High School, Class of 1941, where she met her high school sweetheart, Horace Prather. As he served in the United States Army during World War II, they began a loving marriage that lasted for seventy-two years.

A hard-working woman, Louise and Horace transferred to Alice, Texas, in 1956 for Horace’s position with Sinclair Oil. Louise accepted an office position and in 1959, they took the opportunity to move to Portland, Texas, where Louise continued to excel as a secretary/bookkeeper and Horace began a new job with City Service Oil Company. Throughout her work-life, Louise worked for several companies before embarking on a long-standing twenty-year career with Baker Marine Company. It was here that Louise retired after serving as a Personal Assistant to the owner of the company, Larry Baker, Sr.

Louise and Horace returned home to Mexia after retirement in 1986. She was engaged in both civic and social circles, from rejoining the First Baptist Church as a long-time active member to playing card games, especially Bridge, with her many friends. Louise especially loved traveling, going on cruises, and spending time with her friends and family.

Louise is survived by her son, Eddie Prather and his wife, Darlene, of Spring, Texas, along with their children Wade and Alicia Altman, Adam and Kristin Altman, Alan and Taylor Altman, and eight (soon to be nine) grandchildren. She is also survived by her siblings, sister Martha Beene and brothers Richard and Maurice Kerzee, including numerous nieces and nephews.

Visitation with the family will be held from 12:30-1:30 p.m., Friday, November 20, 2020 at Blair-Stubbs Funeral Home. Following, there will be a graveside service at 2:00 p.m. at the Mexia Cemetery officiated by Reverend Marcus Sheffield. Brett Beene, Richey Kerzee, John Nabors, Kevin Nabors and Jimmy Prather will serve as pallbearers.

To order memorial trees or send flowers to the family in memory of Louise Prather, please visit our flower store.
Send a Sympathy Card