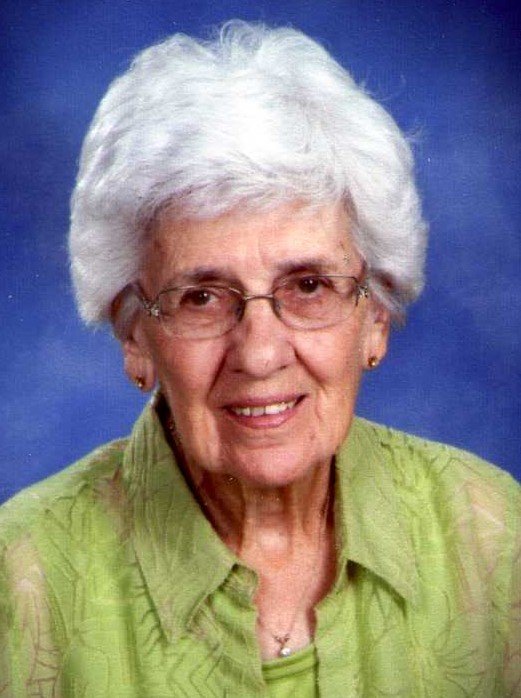 Mary Beth (McKinney) Burke,age 91, passed away at home surrounded by her family on Saturday, February 6, 2021.

Born October 7, 1929 near the old farming community of Cottonwood near Mart, Texas, Mary Beth was the fifth girl of W.S. and Pearl McKinney.  She attended school in Prairie Hill and after graduation, attended 4-C Business School in Waco where she trained as a bookkeeper and worked at Byer-McCan and Montgomery Ward.

Mary Beth married Clifton Burke in 1948 and the couple was blessed with two daughters, Janet Anne and Jennifer Lyn.  Those early years were spent at home close to the Navasota River where Clifton carpentered by day so he could manage to farm and raise cattle.  Mary began working at the McKinney Grocery and Meat Market with her parents to help make ends meet.  In 1960, she went to work in Waco for Anthon Potato Company as bookkeeper, became a joint owner in 1981, and worked from home until retirement in 1991.  When Clifton’s health began to fail, Mary stepped into the role of farm wife.  At his death, Mary put her grief to work and continued to raise cattle for the next 20-plus years in tribute to the man with whom she had shared her life.  The cows were therapy… and work.

For recreation, she worked in her yard, liked the feel of dirt on her hands, and found satisfaction in growing flowers.  Antiques were always a special pass-time, and coupled with her love for family history, led her to create more than two dozen treasured photo scrapbooks.  Countless midnight hours were spent sewing for both Janet and Jennifer and then later for grand-babies before Mary turned her attention to quilting.  Stacks of fabric are reminders of the hours, patience, and skill involved in this time honored craft.  In these last few years, much loved wedding quilts were “stitched with love and hemmed in prayers.”

A life-long member of the Church of Christ, she quietly modeled Christian values.  Behind the scenes, she encouraged and visited the sick, mailed countless cards and notes, sewed stuffed bears for children in crisis, and prayed.  Following in the footsteps of her mother, Mary’s devotion, and membership, to the Order of the Eastern spanned some fifty years where she twice served as Worthy Matron.  Fondly referred to as “the cemetery lady”, she faithfully kept the records, marked the graves, and witnessed the setting of headstones in the historic Prairie Hill Cemetery from 1981 to 2016.  She created the first map of the cemetery and labeled each headstone by name.  On Memorial Day, she helped place American flags at the head of each veteran.

Not only was this a tribute to her family and community---it was a labor of love.  Family was her life, and she selflessly embraced her responsibilities as she saw them.

Mary had a servant’s heart, and her life was one of service to the Lord, her family, and the community.  It was a life well lived … and dearly loved.

Special thanks and love to Shirley Clay who stepped into Mother’s life and filled many roles as a caregiver, counselor, and prayer warrior.  With her skilled support and encouragement, Shirley’s presence brought us companionship and compassion during a long journey.

COVID Conscious Funeral Services and Celebration of Life will be held at Northcrest Church of Christ in Mexia on Tuesday, February 9, 2021 at 2:00 P.M.   In consideration of all attending, wear masks and maintain social distancing.  Visitation will be from 1:00 p.m. to 2:00 p.m., prior to the service.

In lieu of flowers, the family requests memorials be made to the Prairie Hill Cemetery, P. O. Box 123, Prairie Hill, Texas 76678

To order memorial trees or send flowers to the family in memory of Mary Burke, please visit our flower store.
Send a Sympathy Card