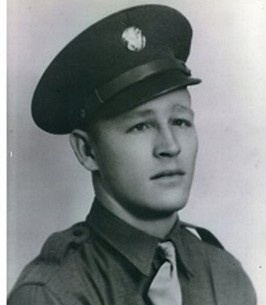 Today, we celebrate the life of Morris Clayton Owens, who began his life in Wortham, Texas on May 1,1921 and departed this earth to rejoin his life's love, Nettie Faye Mathis Owens on November 14, 2018, Faye's birthday. Morris was born to Tom Owens and May Frost Owens, one of six children, Skeet, Alvis, Toady, Morris, Millard and Naomi. Growing up in the 1920's, the Great Depression, Morris truly appreciated things that many take for granted now. That appreciation-especially for the freedoms and opportunities that come from living in our democracy-inspired Morris through this life.

Morris lived much of his life in Wortham, attending Wortham schools from first grade through graduation, playing football in high school. Because the school did not have a uniform small enough, he earned the money to buy his. Patriots early on, Morris and his brothers enlisted right after high school to serve in the Armed Forces in World War II. Morris joined the Army Air Corps and was stationed in the Philippines and Japan. He was a Golden Gloves boxer, losing only one bout.

Morris met his beautiful bride of 63 years in Brady, Texas. They soon had a baby boy, Derace Dwaine Owens, who was a miracle at birth, weighing just over two pounds. Morris and Faye had seven children, Derace Dwaine (Buzz), Kerry, Linda, Mary (Metzy), Bobbie, Faye, and Joanna and later raised their grandson, Lloyd.

After WW II, Morris enrolled in Southwest Texas State Teachers' College along with his brother Millard thanks to the GI Bill and Faye's love of literature and learning. Morris believed in education and completed his Bachelor's and Master's Degree along with his Principal's and Superintendent's Certificates. He began his college studies to become a journalist-a sports writer, then diverted to studies in Government, Spanish and school administration.

First working in public school as a teacher and coach, he then began a career in public school administration that spanned 35 years. He was superintendent of schools in several Texas districts including Forreston, Tenaha, Center Point, Oglesby and Tilden. One of Morris's favorite years in school administration was spent right here in Wortham when he served as principal and coach alongside his great friend, Superintendent Eldon Edge, who he later worked with in the Texas House of Representatives.

Morris had a very strong work ethic. While Superintendent of Schools, he still taught classes, coached, drove a school bus, helped lay tile, wax the gym floor-you name it, never for compensation or credit-just to create better schools. And, he really did. He maintained a unique sense of humor and positive attitude that always made him uplifting, entertaining and so much fun to be around.

Morris loved his family, our country, freedom, education, his hometown of Wortham, his church, country music, current events, the Dallas Cowboys, the UT Longhorns, the Colorado Buffaloes and much more. He believed in free enterprise and always considered our country to be the "Land of opportunity". Morris was a songwriter, writing close to 50 songs after Faye's death. Some of those songs have been recorded, and some were played today.

Morris envisioned a day when oppression would end world-wide and all people could live in harmony. He also hoped that someday music would be played on Main Street Wortham-on special days or every day-celebrating the beauty and the American values of the town he loved best.

Up until his death, Morris maintained his ranch in Mustang Ridge, Texas, enjoying his time with Linda, Sidney Lloyd, and Bobby Joe and at his home here in Wortham, living independently. He treasured and enjoyed his children, grandchildren, great grandchildren and beloved cats till the very end, having a deeply personal relationship with each one. He never missed a Longhorn game and remembered them all with remarkable clarity. Morris inspired his family, his students, his faculty and his friends to always do their personal best and to work for a better world. Morris was a devoted member of the First United Methodist Church of Wortham throughout his life.

Services to celebrate the life of Morris Clayton Owens will be held Sunday, November 18 at 2:00 pm at the First United Methodist Church of Wortham.

To order memorial trees or send flowers to the family in memory of Morris Owens, please visit our flower store.