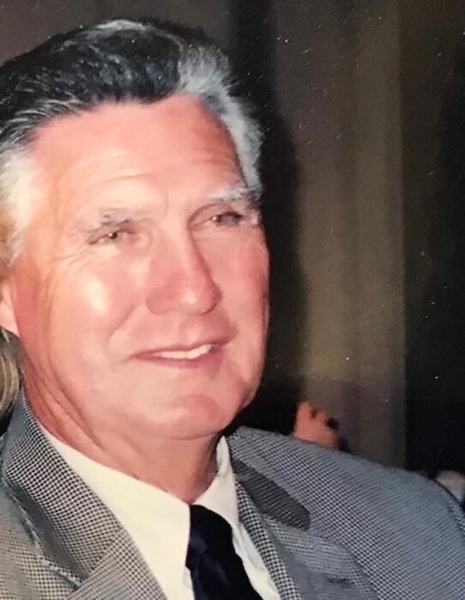 Norman Cobb, 83, who coached the Mexia Black Cats to the school’s only State Football Championship, in 1989, died Thursday, October 14, 2021.

Coach Cobb was born on January 28, 1938, in Robertson County, and died at a special care facility in Austin. Elaine Ward Cobb, his wife for 25 and a half years, was by his side. Death came after a courageous battle with dementia and other related illnesses.

Memorial services will be held on Saturday at 11 a.m., October 30, 2021, in the Mexia High School auditorium.

Norman was a member of Canyon Creek Baptist Church of Temple. He and Elaine were married during the time he was coach at Caldwell High. In addition to Mexia and Caldwell, he coached at Bremond, Angleton, Hampshire-Fannett, Vidor, Lumberton, Cypress Creek, Nacogdoches, Groveton, Victoria, Fort Bend Baptist and Timpson.

After his football coaching career came to an end, Norman enjoyed playing golf. He was connected with sports during his high school and college days and for most of his adult life. A graduate of Franklin High School, Norman quarterbacked the Franklin Lions in the 1950s. He often talked about his coach, legendary Joe Hedrick, who was for many years at the helm of Lions football. Norman lettered in all sports at Franklin High.

His sports prowess during adult years was not just limited to football, but also to fast-pitch softball. During collegiate days, Norman attended Wichita State in Kansas, where he was quarterback of the football team while earning his Bachelor of Science degree. Afterward, he began his lengthy coaching career. He also played catcher and shortstop in fast-pitch leagues. This earned him induction into the Fast Pitch Legends Hall of Fame of Greater Houston in 2014.

Coach Cobb was preceded in death by his parents, James Roy Cobb and Winnie Irene Cobb of Wheelock (Robertson County), and by a brother-in-law, Rodney Phenix of Edinburg. Norman and Elaine once resided in the Cobb home place at Wheelock, where Norman was raised.

In lieu of flowers, please consider a donation to “The Norman Cobb Scholarship Fund", Post Office Box 110, Mexia, Texas 76667. For further information, you may contact Rick Sanders, branch manager of Vera Bank, at (254) 562-5396.

Pallbearers are Sonny Adams and members of the 1989 Mexia High School football team; Dru Frugia, who was coached by Norman on the Caldwell Hornet football team; James Ward, brother of Elaine; and Jimmy Thompson, who was an assistant coach while Norman was at Mexia.

Survivors are his wife, Elaine Ward Cobb of Matagorda; a sister, Joy Cobb Phenix of Edinburg; a brother-in-law, James Ward and wife Rhonda of Fulshear; a sister-in-law, Diane Ward Barnes and husband Jeff of Matagorda; his children – Chris Lyons of Virginia, Diana Cobb Jeske of Nebraska and Kiley Cobb of Cibola.

To order memorial trees or send flowers to the family in memory of Norman Cobb, please visit our flower store.
Send a Sympathy Card