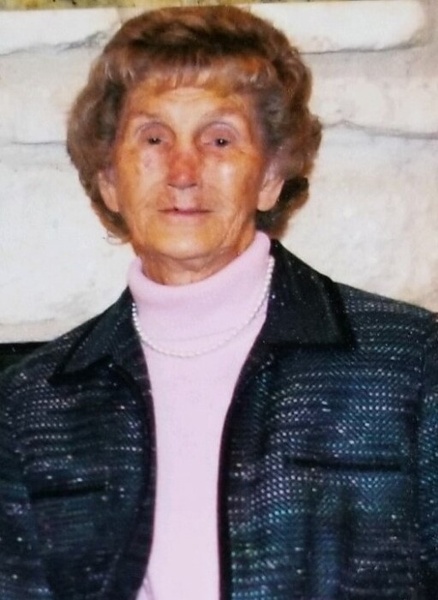 Olga Jean Brooks Watson passed away on December 28, 2020 at her home at the age of 90. She was born on April 10,1930 in Leon County to Starling and Arrie Grimes Brooks. She grew up in Flynn, Texas and attended School at Concord. She was one of 10 children.

Jean worked for a short time in Houston before deciding that “City Life” was not for her, she moved back home to Flynn and helped her Mother on the Farm.

Jean enjoyed quilting, sewing, gardening, canning, and spending time with her family. She was not only a housewife but was a great help on the family farm. She was always willing to help in any way possible. In her later years when she was unable to physically work, she quilted patchwork throws and gave them to many people that touched her life.

She lived in Mexia for the last 16 years and was a member of the Tehuacana United Methodist Church.

She was proceeded in death by her Parents, Starling and Arrie Grimes Brooks; Husband, Virgil Watson; 5 sisters, and 2 brothers; and Grandchildren, Jason Watson, and Nathan Cooley.

Funeral Services will be held at the Tehuacana United Methodist Church on December 31, 2020 at 1:30 PM with Rev. Chris Rowe officiating. Interment to follow at the Watson Family Cemetery in Venetia Texas. Visitation will be December 30th from 6-7 PM at Blair Stubbs Funeral Home.

To order memorial trees or send flowers to the family in memory of Olga Watson, please visit our flower store.