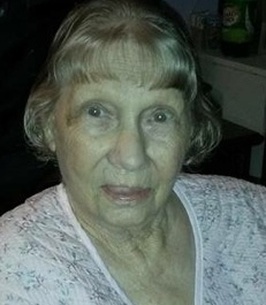 Opaline Webb Gordon passed away on November 16, 2018 at her home in Teague at the age of 82. She was born June 22, 1936 in Shaw, Mississippi to Cleveland and Pauline Grimes Webb. She married Frank H. Gordon on August 11, 1954 in Cleveland, Mississippi. Opaline retired from the Delta State University custodial department after 20 years of service. She has been a resident of Teague for 2 years

Opaline is survived by her daughters, Pamela Dianne Barrentine and husband, Herbert, Sr. of Teague and Cindy Ielati of Corpus Christi; son, David F. Gordon and wife, Natalie of Iola; sister, Linda Farley of Merryville, IN; and brothers, Jimmy Webb and Kookie Webb all of Cleveland, MS; sisters-in-law, Joyce and Ada Webb both of Cleveland, MS.

To order memorial trees or send flowers to the family in memory of Opaline Gordon, please visit our flower store.