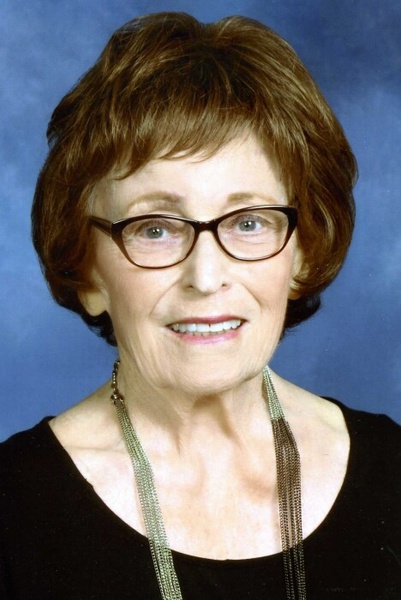 Pat King, born Patricia Nell Barnes, entered this world on September 29, 1940. She was the only daughter of Ed and Agnes Barnes of Houston. She was welcomed at home by her brother, Joe Kelley Barnes and years later they welcomed a brother, Daniel Kirk Barnes.

Pat attended Woodsdale Baptist Church for the next 28 years. It was there that she accepted Jesus Christ as her Lord and Savior. She was an active member in all areas of the church. One of her favorite programs was the GA's, Girls in Action. This was a program that taught young girls about missions and ways of serving their communities and the world. This was something she was very passionate about because she was truly a servant of the Lord. Though she was never a missionary that served in other countries, God had planted a seed and knew exactly how it was going to grow as she ministered in life.

Pat was an incredible student throughout her years in education. She attended Barrick Elementary in Houston where she was a part of the Glee Club in 1951. She loved music. In the 9th grade she was elected to be in the National Jr. Honor Society; those good grades were paying off. As she continued her education into High School, she became an active member of the Houstonettes Bugle Corp. On February 6, 1957, she was elected to be a member of the National Honor Society. She had many friends that she spent time with at church, camps, the beach and just hanging out.

It was during this time she met her one true love, Prentice King. They dated and fell in love knowing they were soul mates. On January 24, 1958, Pat graduated  from Sam Houston High School. Just a few short weeks later on Valentines day, 1958, she and Prentice were married. This marriage would prove to last a lifetime as far as they were concerned. They were married for 46 years at the time of his death. Together they had four children and lived in Houston until 1968 at which time they moved to be near family in Huffman. They became actively involved in the community and First Baptist Church Huffman.  This was where they, also, raised their children and spent many years involved in numerous activities with their children and church family. In the early 1980's, Pat attended nursing school and received an LVN license. She worked as a nurse for about 3 years.

In 1984, Prentice received a transfer with his job so they moved to Mexia. It was here they built their dream home and quickly became involved in the community and First Baptist Church Mexia. Pat worked in the church using her many talents. She was an integral part of the annual Easter pageant. She designed, sewed and fitted costumes for hundreds of people for almost 30 years.  Being very passionate about this service, she gave a lot of her time, heart and soul, and some tears.

Once Prentice retired, they became a part of the Texas Baptist Men's Builder Association. They traveled thousands of miles across the United States and Canada "building for the glory of God". It was not just about building the churches or homes but serving the people and seeing God's glorious work and wonders of the world. In 2004, Prentice passed away and Pat had to find other ways of serving God. It was then that she became an advocate for the Angel Tree ministry at church. Being able to help the children and families in the community, each year at Christmas, was a true blessing for her. Another joy for her was sewing, which she did very well. She sewed baby blankets for the families of prisoners that she hosted at a hospitality house. She also made them for hospitals and women's facilities. The last sewing project she did was making clothes for children in the areas of Haiti and Honduras. She would receive pictures from her friend, showing these beautiful children all smiling after receiving these wonderful gifts. Now that was a joy she would always look forward to.

Pat was at home when she peacefully left this world on Sunday, November 22, 2020, to enter the presence of Jesus.  She was preceded in death by her parents, Ed and Agnes Barnes; her husband, Prentice Ray King; and her oldest brother, Joe Kelley Barnes.

She had numerous friends and family and was loved by everyone.  She will be greatly missed.

Visitation with the family will be 6-8 p.m., Tuesday, at Blair-Stubbs Funeral Home.

To order memorial trees or send flowers to the family in memory of Patricia King, please visit our flower store.
Send a Sympathy Card