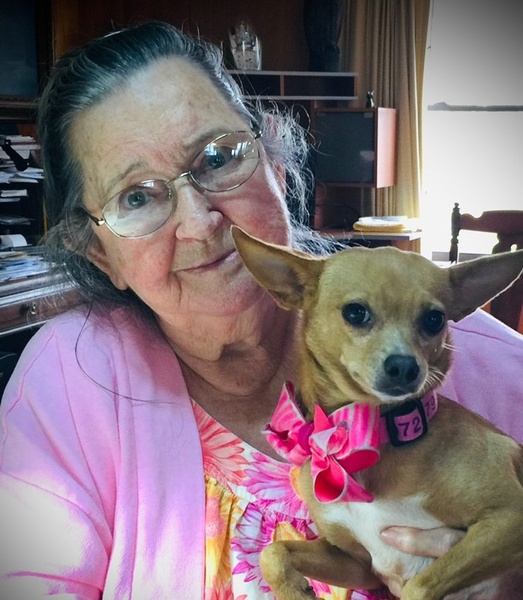 Patsey was born July 16, 1935 in Tehuacana, Texas to Andrew Curtis and Justina (Fogleman) Swint.  After graduating high school, she attended Westminster College.  Patsey married her lifelong partner, David Ray Allen in Vernal, Utah on October 21, 1958.  Although they lived and worked in the city, they never outgrew their love for the country.   They enjoyed spending endless hours on their Coolidge farm raising crops and livestock.

Patsey worked for many years as a secretary for ICX Trucking Company, but she enjoyed nothing more than being a wife and homemaker. She was a “super” loving person.  Patsey was always interested in the well-being her family, friends, and others.  She was an exemplary homemaker. Patsey never forgot a birthday and always included a handwritten letter that was personal to whomever she was writing. She would wake before the sun to make sure the recipient felt her love through her words.

Patsey loved sewing and cooking. It was her way of “loving” others. Those that knew the Allen’s would frequently just stop by unannounced and she always managed to feed everyone.

Many cousins, great nieces and nephews, and all that she called extended family would be too many to list by name but she deeply loved each and every one. If you knew her then you knew that she loved you deeply.

To order memorial trees or send flowers to the family in memory of Patsey Jean Allen, please visit our flower store.
Send a Sympathy Card