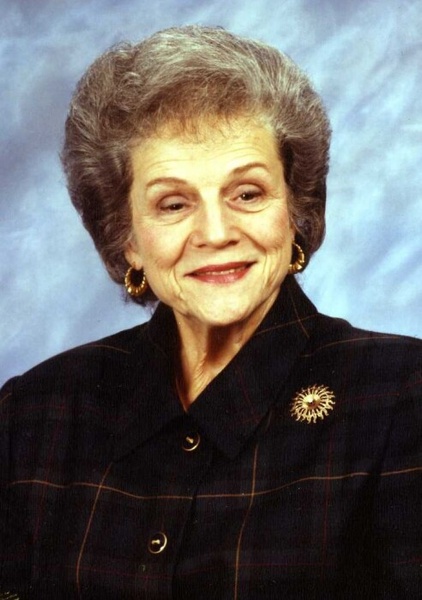 As a member of the choir in the South Side Baptist Church of Ft. Smith, she met the love of her life 1st Lt. William “Bill” Pittman, and they were married on February 22, 1951.  She and Bill moved to El Paso, TX, for him to serve in the medical corps; it was there that their daughter, Laurayne Lou Pittman, was born. After completing his required service, they moved to Mexia where Bill joined his father, Duke Pittman, in his optometry practice.  They soon welcomed their second child, Wesley Edward Pittman, who was born in the Mexia Hospital. Pat enjoyed being a wife and mother for a short time after his birth.

Pat’s first job outside of the home was as a social worker at the Mexia State School. Later she became the physical education, health instructor, and cheerleader sponsor at Mexia Junior High where she taught for many years.  She left teaching to become the office business manager for her husband Bill at Mexia Vision Services.

In addition to their son and daughter, Pat and Bill were blessed with four grandchildren and nine great grandchildren.  She loved them all, and she always encouraged and expected them to be the very best they could be.  Pat also had the privilege of helping raise her two nieces, Patti Jones Smith and Julia Jones Walls, after the untimely loss of her sister, Mary Lou Coffman Jones, at 34 years of age.  Mary Lou’s husband, Bertram Jones was employed working outside the country at the time of her death.

Pat truly cared about people and remained active in the Mexia community and surrounding areas for as long as she was physically able.  She taught the Rotary Learn to Swim program for 22 years and is a Rotary Paul Harris fellow and served as president for both the Junior and Women’s Friday Clubs.  She organized and taught a competitive square-dancing program for high school students and led a Girl Scout troop, coordinating several campouts. She taught cooking schools in our region with her cooking shows featured in the Waco Tribune Herald.  She served as a director on the Parkview Regional Hospital board for several years and helped people as a trained hospice volunteer. She also served on the Gibbs Memorial Library Board.  Her favorite activities were teaching Sunday School and First Place and singing in the choir at First Baptist Church. She also supported her husband and son by serving as the president of the American Optometric Association Auxiliary from 1986-1987.

To order memorial trees or send flowers to the family in memory of Patsy "Pat" Pittman, please visit our flower store.