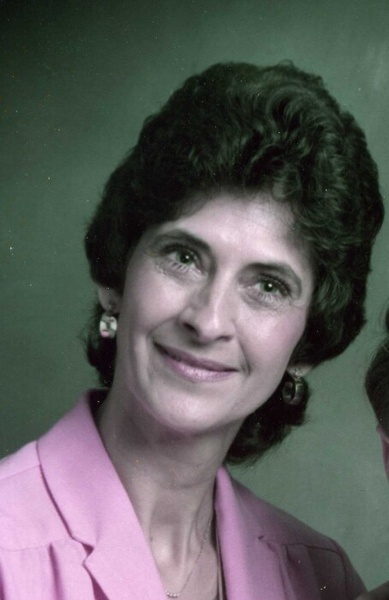 Patsy “Pat” Jean Riley, of Brownwood, passed away on January 7, 2021 in Temple, Texas.  Funeral services will be 11:00 a.m., Saturday, January 9, 2021 at Blair-Stubbs Funeral Home with Rev. Justin Colquette officiating.  Interment will follow in the Wortham Cemetery.

Pat was born March 28, 1939 in Munday, Texas to Marshall and Era Miller Franklin.  She grew up in Mexia and was a graduate of Mexia High School.  Pat married Glynn A. Riley, Jr. on September 8, 1956 in Mexia.  They were happily married for over 64 years and the proud parents of a son, David and even prouder of grandson, Christopher.

After Pat and Glynn moved to Brownwood in 1980, they became very close friends of their neighbors, Donna and Joedale Reesing.  Pat and Donna became best friends and almost inseparable.  They both discovered a mutual love for Line Dancing, began teaching it and eventually formed a dance group of seven.  The group performed at nursing homes, for different civic organizations, on cruise lines and most anywhere they were invited.  They even won a Senior Line Dancing contest.  Pat also enjoyed playing Bridge, 42, going on cruises, and she and Donna, regularly, hit the stores shopping, especially, for bargains.

Pat had many outside interests, but nothing was more important than spending time with family.  She was a devoted and loving wife, mother, and grandmother.  She loved having her family come home at any time, but it was extra special during the holidays.

Pat was a member of the Presbyterian Church.

Pat is survived by her husband, Glynn A. Riley of Brownwood; son, David and wife, Tracey of Rockwall; grandson, Christopher Riley of Dallas, Sister Martha Perkins and husband Jack of Houston; and her very best friend, Donna Reesing and husband, Joedale of Brownwood; and numerous nieces and nephews.

To order memorial trees or send flowers to the family in memory of Patsy "Pat" Riley, please visit our flower store.
Send a Sympathy Card