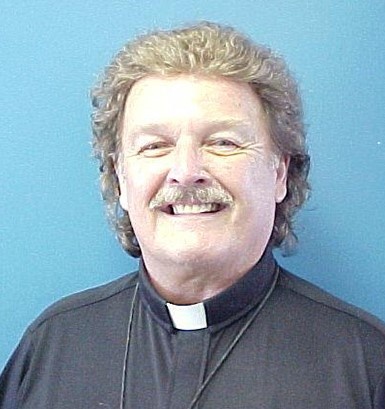 Rev. McCabe was ordained for the Diocese of Austin on May 30, 1970.  His first assignment was as associate pastor at St. Mary Parish in Taylor followed by serving at St. Joseph in Bellmead, St. Monica in Cameron, St. Mary in Lockhart, St. Luke in Temple, St. Mary in College Station, St. Julia in Austin, St. Joseph in Manor, St. Joseph in Mason, St. Elizabeth in Pflugerville and St. Joseph in Dime Box.  At various times, Rev. McCabe was also in residence at Cristo Rey in Austin and St. William in Round Rock, as well as having served as Director of Southwest University Student Center in San Marcos, Chaplain at Holy Cross Hospital in Austin, Giddings State School and later as Chaplain at Evins Regional Juvenile Center in Edinburg, Texas.  In 1977-78 he did mission work in India where he worked with St. (Mother) Theresa of Calcutta.

Rev. McCabe was preceded in death by his parents and is survived by his sister Juliann Triola of Wappingers Falls, New York.

A Vigil Service and Rosary will be held at St. Mary Catholic Church in Mexia (606 N. Bonham Street) from 3:00 to 6:00 p.m. on Sunday, May 3.  Mass of Christian Burial will be celebrated on May 4 at 11:00 a.m. at St. Mary Catholic Church.  The Mass will be livestreamed on St. Mary’s Facebook page https://www.facebook.com/stmarysmexia. Burial will be in Wappingers Falls, New York.

To order memorial trees or send flowers to the family in memory of Rev. Peter McCabe,III, please visit our flower store.