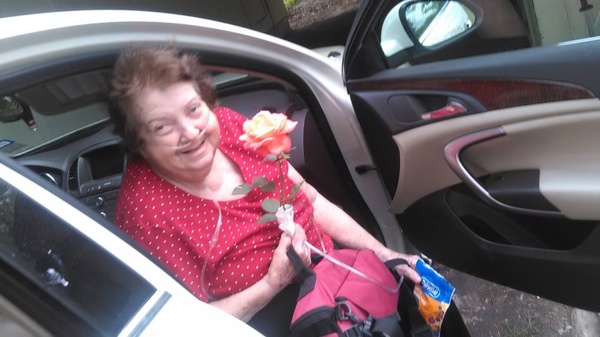 Rosemary was born October 5, 1944 in Lufkin, Texas to William Buckner and Lurley (Baldwin) Bailey.  She retired from the Mexia Supported Living Center after 25 plus years of service as a supervisor.

Rosemary was the proud mother of five children, Kenneth, Mary Ann, Gayla Jo, Kimberly, and Douglas.  She was a hard worker, both on the job and at home.  She was blessed with a lot of patience and love as she raised her children, two of which were of special needs.  Rosemary’s love extended to other children as well, she was known as a mother to many.  As she became a grandmother, her love just grew stronger and more special; she cherished her grandchildren and great grandchildren.

Rosemary didn’t have much free time but whenever possible, she enjoyed cards games, Uno, Skip-Bo and watching the Young and Restless.   She was also a good cook and, according to her family (and others), she made the best Chocolate Pies and Potato Salad.

She was preceded in death by her father, William Buckner; mother, Lurley Bailey; and three siblings, Sonny George, Geneva Wade and Jamie Buckner.

To order memorial trees or send flowers to the family in memory of Rosemary Cox, please visit our flower store.