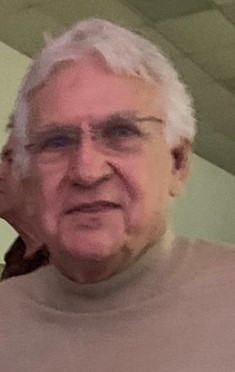 Jerry married Linda Brown of Mexia in 1958 and together they raised three children - Tom, Tammi and Jennifer. The family undertook numerous trips and adventures with Jerry at the helm.

He began his career as an underwriter for Fireman’s Fund Insurance before starting his own construction company, Tejas Construction, in 1969 based in Dallas, TX. After selling Tejas Construction, he embarked on a third successful career as an engineering consultant with Childress Engineering Services in Richardson, TX.  Jerry was able to consult on numerous building projects all over the United States, including landmark buildings like the Adolphus Hotel in Dallas, TX and the U.S. Customs House in New Orleans, LA.  He truly loved his time and the work he performed while at Childress Engineering.  He retired from full time work in 2010 but continued occasional construction consulting for several more years.

In the summer of 1991, Jerry married Valaree Bailey of Mexia, Texas where they made their home for the next 30 years. Invested in the community, Jerry and Valaree dedicated their retirement years to volunteering with the Life House and with Epiphany at the Mexia State School

Jerry never met a stranger and was interested in people and their stories.   With a dry wit, you could count on him for knowing the right words to say.   His passions were fishing, maintaining a bountiful vegetable garden, music and community volunteerism. He especially enjoyed his many fishing trips to the Texas Gulf Coast (Port Aransas) with his family and friends. A highlight of his life, and one that he was especially proud of, was accepting the invitation to participate in the walk to Emmaus; eventually he would be a Lay Director and a mentor to others.

He was known as “PePa” or “Bird” to his grandchildren and step-grandchildren – Joshua, Lindsey, Andy, Sam, Meghan, Elaine, Sarah, Hunter, Alyssa, Brooke, Eric, Mitch, Luke, Zane and Blair.  Jerry is preceded in death by his parents, his sister, Jean Born and brother-in-law, Kenneth Born of Fairfield and stepson, Bryan Bailey. He leaves behind his loving wife, Valaree of Mexia; and his children, Tom Hathaway and wife Sharon of Waco; Tammi Stewart and husband Dana of Springville, CA; Becky Lucas and husband, Dave of Ennis; Bill Bailey and wife, Nikki of Robinson and Jennifer Flanagan and husband, Rodney of Comanche, 15 grandchildren, 10 great-grandchildren, a nephew, David Born and wife, DiAnna of Rosenberg and a niece, Kim Born of Arlington.

To order memorial trees or send flowers to the family in memory of Thomas Hathaway, please visit our flower store.
Send a Sympathy Card