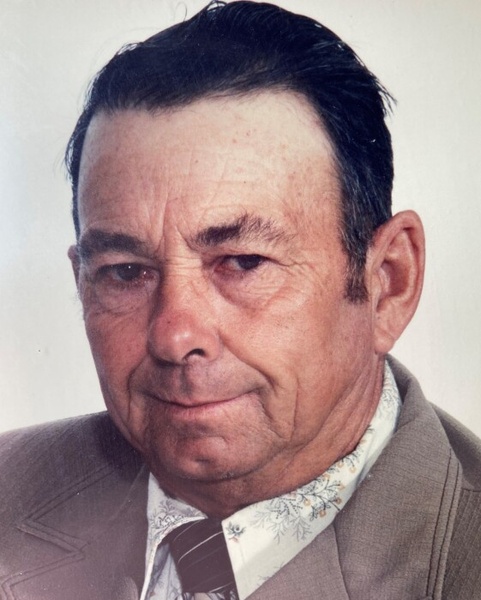 William Andrew Fleming, of Point Enterprise, passed away on July 27, 2021 in Waco, Texas at the age of 84.  A graveside service will be held at 10:00 a.m., Friday, July 30, 2021 in the Point Enterprise Cemetery with Mr. Michael Clements officiating.

Andrew was born September 3, 1936 in Shiloh, Texas to Andrew Cessel and Viola Frances (Sterling) Fleming.  He has been a resident of the Shiloh and Point Enterprise area for his entire life.  At the young age of 11, he learned to operate heavy equipment (dozers, etc.) and the meaning of hard work.  This knowledge, along with being raised in the country, was very beneficial as he used it throughout his working career.   Andrew managed the Riddle Ranch in Shiloh for several years, worked for John Deere in Groesbeck, Fred Owens Contracting in Teague, nine years for the City of Mexia, and worked several years as Maintenance Foreman for Point Enterprise Water Supply.   He also served his country in the Texas National Guard.

There was nothing more important to Andrew than his family and he was willing to do whatever was necessary to provide for them.   He was a country boy with a “Big Heart” and his actions spoke volumes.  Andrew made a hard decision, an easy decision, he made the decision to take in three kids at an age that most are thinking of retirement.  He knew that by doing so, he wasn’t going to retire, but do the only thing he knew and that was “work his butt off ‘til the end”.

Andrew enjoyed playing the drums with country and western groups, living in the country, raising/riding horses, and attending his kids and grandkids activities.

He was preceded in death by his parents, Andrew and Viola Fleming; and three sisters.

To order memorial trees or send flowers to the family in memory of William Fleming, please visit our flower store.