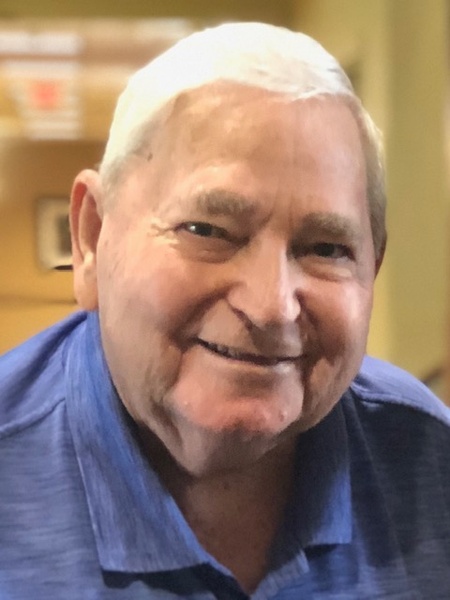 One early morning on November 15, 1928 on a little farm nestled in Pleasant Grove, Willis Lindon Cannon graced the towns population. Tot to teenager, Lindon lived his childhood by plowing the fields, milking the cows, feeding chickens and when the chores were done he enjoyed getting to ride his favorite stick horse. Having an outhouse and oil stove, he thought his daddy had changed his name from Lindon Cannon to “Git Wood”. Having been raised by two christian parents, he received Jesus as his personal savior and got baptized at age 12. Going to school in Thornton along with his brother, Eddie and sister, Bobby Nell they enjoyed all the school activities while he worked at a grocery store.

After the family decided to move to Mexia, Lindon continued to work and bought his first car. While attending Mexia High School, he was a Mexia Blackcat cheerleader and it was then when he spotted this cute Majorette, Peggy, on the football field.  It was love at first sight and that stuck! After marrying on February 18, 1950, he worked at Mexia State School as Chief Accountant. When his and Peggy’s firstborn Cheryl came along, he worked two more jobs at a convenient store and threw newspapers. At that point he realized that being raised by a father with incredible work ethics paid off and those three jobs didn’t seem different. He knew how to work! He knew how to provide for his family!

With time, Lindon moved up the career ladder and took a job in Fort Worth as a food broker and their second daughter, Cindy entered the world. Six years later he was moved to Lubbock with Whitson-Austin & King. With time, the company had changed to Whitson-King and he was relocated to Arlington and was the VP of the company. When it was time to retire, they built a home on the golf course in Granbury. The home was full of family fun and friends galore. Retirement was all it was meant to be. It was getting to do all the things he had worked so hard for. Playing golf, working in the yard, and sitting on the back porch drinking coffee while watching all the golfers were some of his favorites. After learning the news of Alzheimer’s it was time to move him closer to Keller and live out life there.

Lindon would say his life was full, intended, blessed, and full of happiness. His bride was his life’s joy! He loved being a father to his two girls. Lindon loved golf, boating, camping, entertaining. He got to travel to many places with his job. He was creative with his hands. He could build anything, he rigged things, thought out of the box and was always willing to help others. He was a cut-up. He was funny and made people laugh. He never met a stranger. Lindon was well balanced, genuine, never complained, strong, and continued to provide for his family.

A full life of 72 years of marriage and at age 93, whether it was Alzheimer’s, stomach tumor, old age or the passing of his sweetheart just a month ago, no one knows why…. but his Creator does. Either way, his heavenly Father chose to bring him to his heavenly home on Tuesday at 10:52 pm. He went in peace with his two daughters by his side while his family and caregivers got to say their goodbyes. He was aware of everyone’s presence, but he knew what was awaiting him would be much better! He was a son, brother, husband, father, uncle, grandfather, great grandfather that will be missed but more importantly Lindon Cannon will be remembered! He touched lives in ways he will never know and was loved by many. Not only is the gift of eternal life with his Lord the best thing a life lived could offer, but the icing on the cake is Lindon is with his sweetheart Peggy. One of his favorite words he would always say was, Hallelujah. Now that Lindon has seen the face of Jesus, that word has a whole new meaning!

To order memorial trees or send flowers to the family in memory of Willis Lindon Cannon, please visit our flower store.